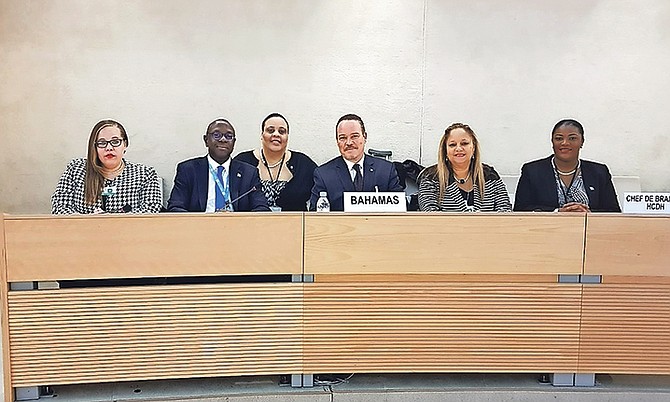 ATTORNEY General Carl Bethel yesterday committed the country to major legislative benchmarks on the issue of marital rape and migrant rights as he defended the country’s performance on human rights obligations before the United Nations.