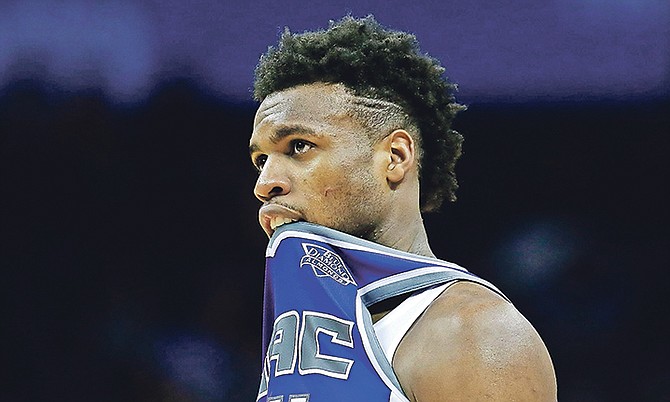 THE Sacramento Kings opened training camp with a new look, uptempo offence aimed at improving their pace headed into the 2018-19 campaign.That uptempo offence got its first look on day one of camp with the players spending most of their time running

The NBA released its full regular season schedule over the weekend, and several marquee games highlight the matchups for the league’s Bahamian players.Deandre Ayton and Buddy Hield will face each other four times over the course of the regular season

MEN’s senior national basketball team head coach Mario Bowleg called this current Bahamas roster “one of the most talented the federation has put together” as they continue to seek FIBA World Cup qualification.Sacramento Kings guard Buddy Hield will

The Bahamas Basketball Federation has announced the 24-member preliminary squad for the men’s national team as they prepare for the third window of FIBA World Cup – Americas Qualifiers.

MIAMI, Florida — For the second consecutive year, Buddy Hield has an opportunity to represent his franchise and the Bahamas during NBA All-Star Weekend.

ORLANDO, Florida - Buddy Hield reached double figures for the fourth time in the last five games and helped the Kings snap an eight-game losing streak.The Kings scored a 105-99 win over the Orlando Magic Tuesday at the Amway Center in Orlando, Florid