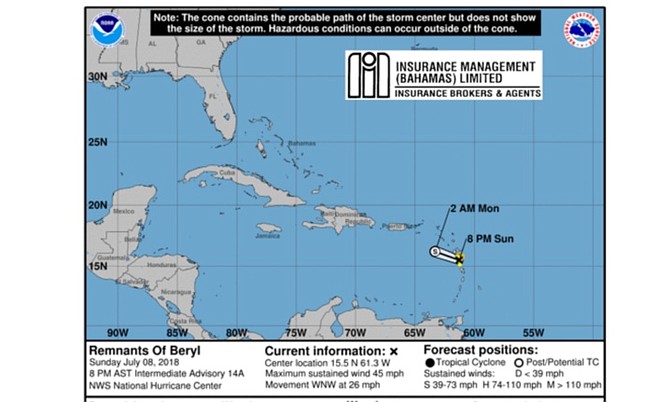 Beryl, which had been the Atlantic season's first hurricane, disintegrated as a tropical storm shortly before reaching Dominica on Sunday. But the US National Hurricane Center said it still had maximum sustained winds of 45 mph (75 kph) as it zipped over Dominica moving west-northwestward at 26 mph (43 kph).