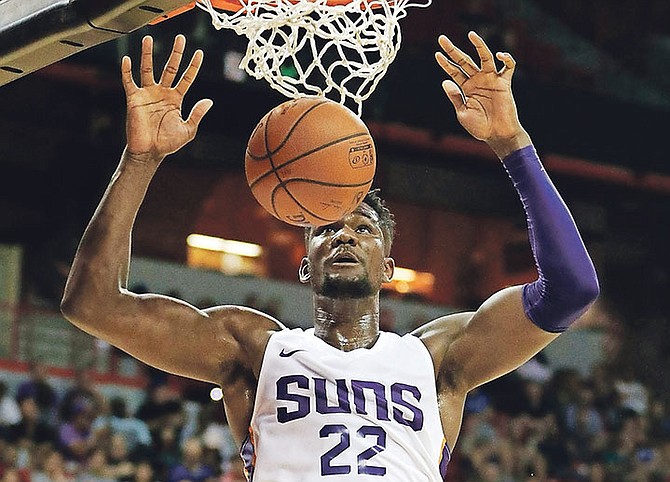 Phoenix Suns’ Deandre Ayton dunks against the Dallas Mavericks during the second half of an NBA summer league game in Las Vegas.

THE FINISH LINE: Ayton has been a 'man among boys' in NBA Summer League

WELCOME to the professional ranks Deandre Ayton. If you didn’t get a chance to see him in action for the Phoenix Suns during the National Basketball Association’s three Summer League games, Ayton has proven why he deserved to be the No.1 pick in the

AS the Las Vegas Summer League tipped off, Deandre Ayton has showed flashes of the athleticism and basketball IQ on both ends of the floor that led to his selection as the top overall pick in June’s NBA Draft.In his summer league debut on July 6, Ayt