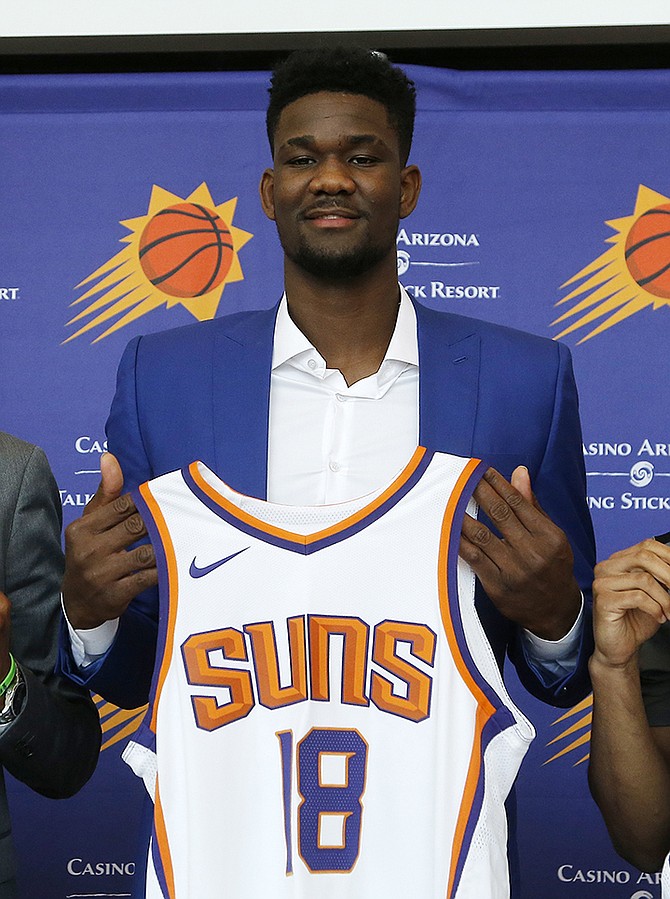 Phoenix Suns’ Deandre Ayton poses for a photo as the team introduces their top pick after the NBA basketball draft on Friday, June 22, 2018, in Phoenix.

Ayton: 'I represent an entire nation'

AN eager Phoenix Suns fan base was officially introduced to Deandre Ayton and expectations already loom large for the first No.1 overall NBA draft pick in franchise history.Ayton and other members of the Suns’ 2018 Draft class – Mikal Bridges, George