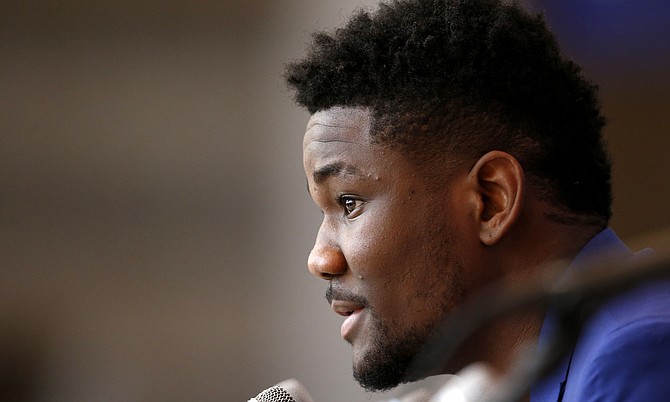 PHOENIX (AP) — Suns centre Deandre Ayton missed his second straight game with a sprained ankle. Ayton has played in just one game after returning from his 25-game suspension, scoring 18 points against the Clippers in 24 minutes before leaving in the

The NBA released its full regular season schedule over the weekend, and several marquee games highlight the matchups for the league’s Bahamian players.Deandre Ayton and Buddy Hield will face each other four times over the course of the regular season

WHEN the NBA preseason tips off, a matchup of Bahamian players will highlight the schedule right away to announce the 2018-19 season.Deandre Ayton and Buddy Hield will have their first head-to-head game in the NBA when Ayton’s Phoenix Suns host Hield

Ayton arrives as symbol that Suns are on the rise

PHOENIX (AP) — Since the heady days of Steve Nash came to an end, there have been few signs of joy from a dwindling fan base that watched the Phoenix Suns tumble to the bottom of the NBA standings and miss the playoffs for the eighth year in a row.