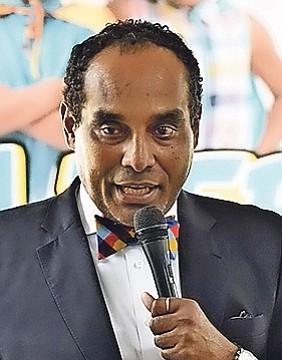 The government yesterday moved to finally plug a loophole that has enabled foreign exploitation of The Bahamas’ biological and genetic resources without this nation earning a cent.

Environmental activists yesterday alleged the delayed legal challenge to oil exploration in Bahamian waters resulted after they were lulled into a false sense of security by a Cabinet minister.

AS the country enters Phase Four of the plan to restart the economy, the Ministry of Environment and Housing has issued a statement on guidelines for returning to work. According to the statement, Minister of the Environment Romauld Ferreira issued

Minister of the Environment Romauld Ferreira insisted it was “the right thing to do” for the country to tackle the dependency of plastic use amid the public push back of the single-use plastic ban.

THE Bahamas is facing an impending and existential threat due to climate change, according to the Cat Island Conservation Institute Friday.

A PERCEIVED liability issue was named as the controlling factor behind a year-long delay in the release of a report into a 2012 Rubis gasoline leak that impacted Marathon residents.

ENVIRONMENT Minister Romauld Ferreira has again hit out at housing developer Arawak Homes, asserting during his budget communication the company had “overpriced” homes in the Ardastra Gardens Subdivision by as much as $60,000.

We will have local workers, says Ferreira

ENVIRONMENT Minister Romauld Ferreira says he is “confident” Bahamian labourers and managers will eventually be brought in to assist in the running of the New Providence Sanitary Landfill.

THE company at the centre of a heated parliamentary row last week is suing the government for non-payment.

‘No deal breaker’ over landfill deal

ENVIRONMENT Minister Romauld Ferreira said the New Providence Sanitary Landfill’s investment and management contract between the government and the selected bidder is 80 to 85 percent completed.