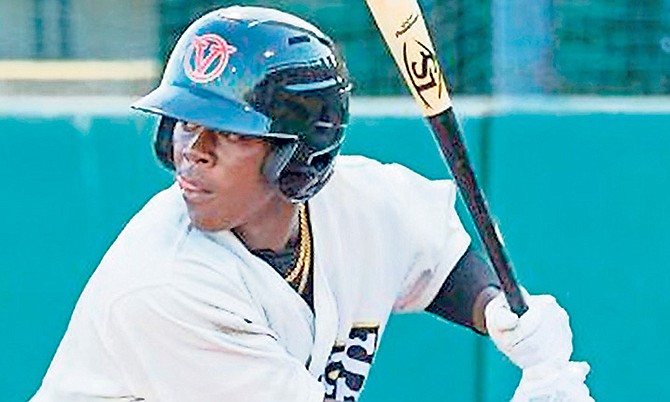 FOLLOWING what many pundits considered a breakout season in the minor leagues, Jazz Chisholm signed with one of the fastest rising sports agencies in America.

LUCIUS Fox and Jazz Chisholm continued their stellar play in the Arizona Fall League in their most recent appearances.Fox went 3-4 with a double, an RBI, two runs scored and a walk out of the leadoff spot in a 14-3 win for the Peoria Javelinas over t

JAZZ Chisholm just missed out on the final roster spot in the Arizona Fall League All-Star Game, but he continues being one of the league’s top home run hitters despite limited opportunities.Chisholm hit his third home run of the AFL and second in as

IT took just three games for Jazz Chisholm to hit his first home run of the Arizona Fall League and display the power hitting that has been one of his trademarks all season.Chisholm went 3-4, including his home run, with two runs scored and two RBI t

JAZZ Chisholm got his first action for the Salt River Rafters and Lucius Fox continues to post promising numbers for Peoria Javelinas in Arizona Fall League play.Both players were featured this week by MLB.com.Chisholm went 2-5 in his debut against t

LUCIUS Fox and Jazz Chisholm continue their 2018 season in the Arizona Fall League and their respective clubs took wins on opening day yesterday.Fox hit leadoff for the Peoria Javelinas and finished 2-5, with two stolen bases and two runs scored in a

A SEASON of milestones for Jazz Chisholm continued with organisational wide recognition by the Arizona Diamondbacks.

JAZZ Chisholm homered in game two, but his Visalia Rawhide are now faced with elimination and an 0-2 deficit in the California League Championship series.With his two-run home run, he finished 1-4, drove in two RBI and scored a run in a 9-3 loss to t

JAZZ Chisholm and his Visalia Rawhide fell behind early in the best-of-five Single A Advanced California League championship series.The 20-year-old shortstop went 1-5 in a 5-4 loss to the Rancho Cucamonga Quakes Tuesday night at Recreation Park in Vi