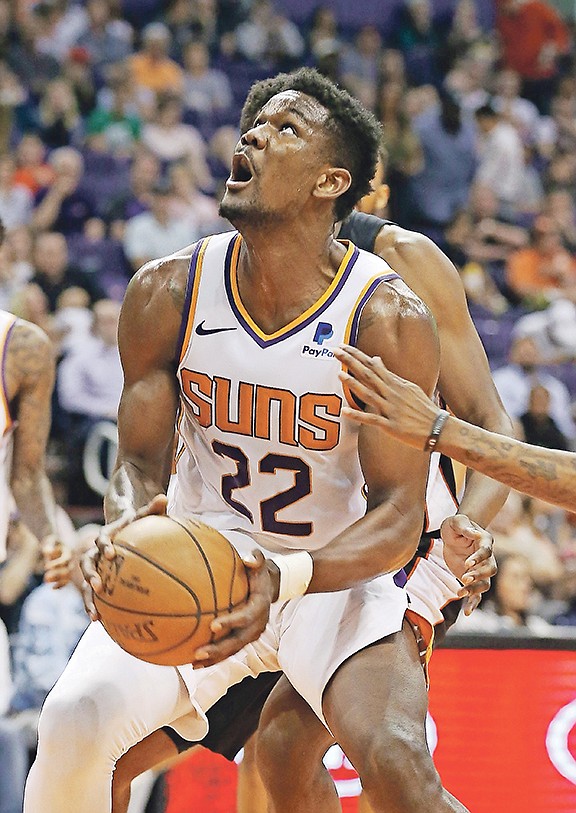 Phoenix Suns centre Deandre Ayton goes up for a shot against the Washington Wizards during the first half of an NBA basketball game last month. Photo: Ross D Franklin/AP

Deandre Ayton’s debut season in the NBA had several milestones and the Phoenix Suns centre established himself as a force in the league for years to come.