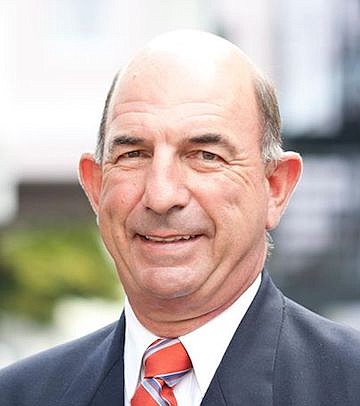 'Make a deal' on temporary lay-off end before too late

Employers, trade unions and the Government are being urged to "make some kind of deal" to avoid the pitfalls and uncertainty that could occur when the temporary lay-off period finishes at month's end.

The Chamber of Commerce’s labour specialist yesterday urged the government to extend unemployment benefits to 26 weeks to prevent companies from having to terminate workers. Peter Goudie told Tribune Business he was “very hopeful” that the Minnis ad

The Chamber of Commerce’s top workforce specialist yesterday said he plans to discuss “some good ideas” for solving the government’s understudy issues when he meets its labour chief next month. Peter Goudie told Tribune Business he wanted to create

Some 60 percent of Bahamian companies view the country’s workforce as “globally uncompetitive”, with a labour specialist affirming yesterday: “Everyone admits we have a challenge.” Peter Goudie, the National Tripartite Council’s vice-chairman, said

The National Tripartite Council’s vice-chairman yesterday admitted that legally-mandated severance payouts “can be onerous” after Cavalier Construction cited them as a key factor in its closure. Peter Goudie told Tribune Business that the Employment

Chamber director: We have ‘solution’ for work permits

A Chamber of Commerce director yesterday urged labour policymakers to meet with him over a more effective “solution” to their understudy demands, and warned: “Not talking creates problems.”

The Chamber of Commerce's top workforce specialist yesterday revealed he has "no clue" where the director of labour's assertions about a $300 weekly minimum wage originated from.

Unions told: 'Be bigger than this'

The Chamber of Commerce’s top labour specialist yesterday urged Bahamian trade unions to “get bigger than this” and place “saving the country” ahead of their own interests. Peter Goudie, who is also vice-chairman of the National Tripartite Council,

A National Tripartite Council member yesterday described the minister of labour’s assertion that it is debating a minimum wage increase as “unequivocally not true”.