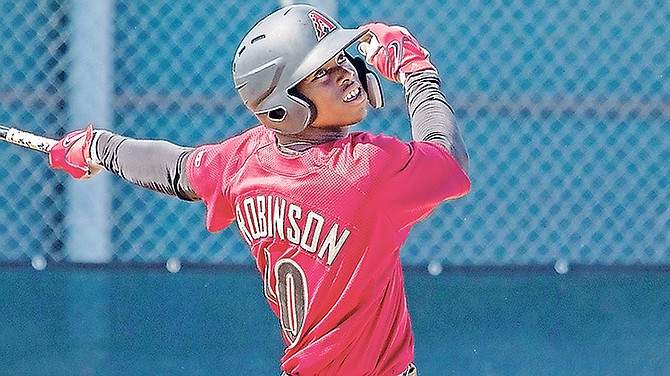 A PAIR of Bahamian minor leaguers were listed among the Top 100 Prospects when MLB Pipeline unveiled its first rankings for the upcoming 2020 season. Kristian Robinson of the Arizona Diamondbacks was listed at No. 43 while Jazz Chisholm of the Miami

AN active night for Bahamian minor league baseball players featured three prospects hitting their first home runs of the season and another in his second start on the mound. Kristian Robinson, Trent Deveaux and Keithron Moss all homered Tuesday nigh

KRISTIAN Robinson has had an almost seamless transition to the Single A level thus far.

KRISTIAN Robinson continues to progress in the Arizona Diamondbacks organisation and will begin his 2019 campaign at the Class A - Short Season level.