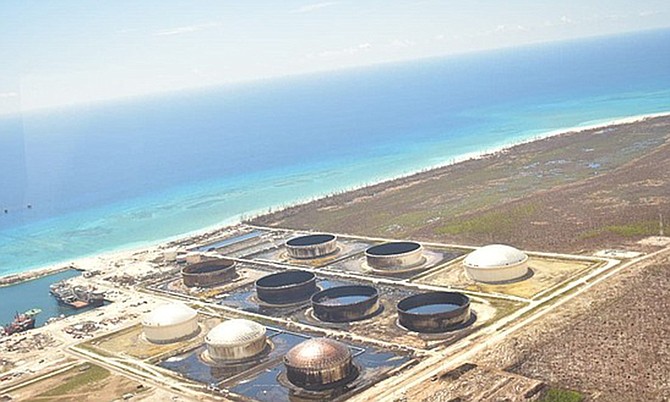 ACTIVISTS say no clean up is being done at the Equinor oil spill site where an estimated 55,000 barrels of oil were released at its South Riding Point facility in East Grand Bahama during Hurricane Dorian. Environmental representatives of Save the

THE oil spill clean-up at the Equinor South Riding Point facility in East Grand Bahama seems to have slowed down over the past several months, with some areas of the forest still covered with oil. It is believed the COVID-19 pandemic which forced th

Equinor has 100 working on clean up

EQUINOR has 100 people in the field helping in the clear up of the massive oil spill at its refinery in East Grand Bahama. Eskil Eriksen, public information officer at Equinor, says 50,000 barrels of oil and water have been recovered at the site “fr

DESPITE Equinor revealing that the amount of crude oil which spilled from its Grand Bahama site was less than previously announced, Save the Bays chairman Joseph Darville said this does not diminish the catastrophic impact upon the island’s environme

INSIGHT: Will we learn from the Equinor oil spill?

Bahamians 'not given proper gear' to deal with Equinor spill

A human rights activist claims that Bahamians working to clean up the oil spill at the Equinor facility in Grand Bahama are not being provided with the proper hazmat gear as the foreign crew, leaving them exposed to dangerous toxic chemicals.Joseph D