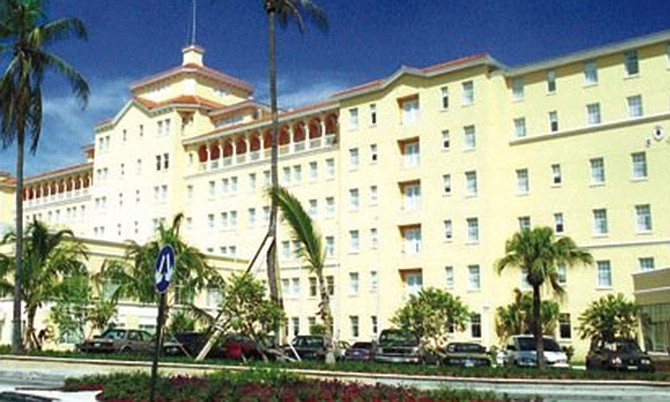 TOURISM, Aviation and Investments Minister Chester Cooper said the government is hoping the owners of British Colonial Hilton will be able to soon find a new management company to take over the property.

A COMIC'S VIEW: The good, the bad and the ugly

WHERE do I begin this week?

The Downtown Nassau Partnership’s (DNP) co-chair yesterday said the British Colonial’s closure shows the destination “is not functioning”, and added: “You never see a Hilton shut in a city”.

The “fragility” of tourism’s post-COVID rebound was yesterday underscored by the British Colonial Hilton’s decision to “indefinitely” close from February 15, 2022, and terminate up to 130 staff.

A hotel maid’s bid to obtain financial redress from the British Colonial Hilton was scuppered by the break-up of a law firm then co-headed by a newly-elected Cabinet minister.

The British Colonial Hilton’s sale is among the multiple targets of a US court’s request for Bahamian judicial assistance relating to Sarkis Izmirlian’s $2.25bn legal battle with Baha Mar’s main contractor.

'Wind in the sails': Hilton in December 15 reopen

The hotel union's president last night said The Bahamas' battered tourism product must "keep the wind in its sails" after the British Colonial Hilton confirmed it will “partially” re-open on December 15.

Tourism operators yesterday admitted that the sector's proposed October 15 re-opening and value chain have been dealt a “tremendous blow” by major hotels deciding not to re-open.

'Don't get hung up on October hotel return'

A Cabinet minister yesterday urged Bahamians not to get hung up over the October 15 date for the hotel sector's re-opening as the British Colonial Hilton became the latest resort to delay its return.

The British Colonial Hilton's top executive last night confirmed the resort will this Friday "suspend operations" until October due to the latest COVID-19 travel restrictions.