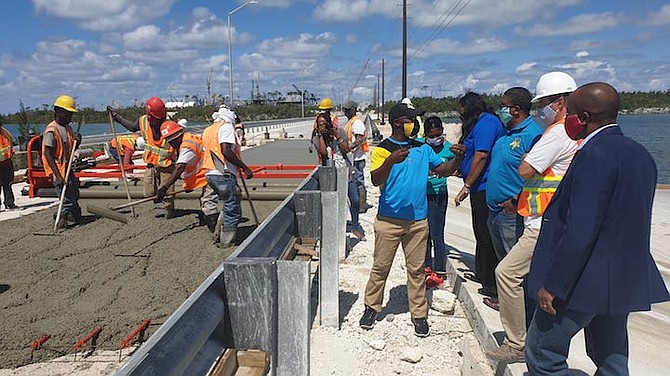 Work on $6.5m bridge is close to completion

WORK on the Fishing Hole causeway bridge in Grand Bahama has resumed and officials expect it to be completed before the hurricane season starts. The $6.5 million bridge - which was almost completed last year - was significantly damaged by tidal surg