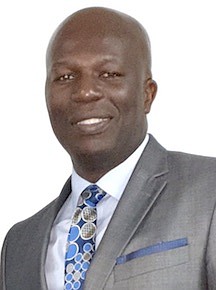 Standard & Poor’s (S&P) has given The Bahamas “a shot in the arm” while further exposing that “additional taxation” will almost certainly be needed to hit the Government’s fiscal targets, a governance reformer warned yesterday.

In the first article of this series, I raised the question as to whether “economic dignity” is an emerging philosophy with potential for spillover into the wider Caribbean. Here I raise another question as to whether there are leaders who have the conviction to act in this direction. Both, I believe, are important questions to contemplate.

HUBERT EDWARDS: Missing the mark on our economic dignity

From a regional perspective, the mission of getting Caribbean countries to a position of economic sustainability and resilience will demand national innovation, productive creativity and a herculean effort on prudent fiscal management. It will also require an unfailing commitment to delivering value across the broadest socio-economic divides that these countries have ever experienced, and a radical cultural shift at multiple levels.

Is there a new economic philosophy emerging in The Bahamas? With a relatively new administration, a first-time prime minister and a decidedly tough task ahead in coping with the economic fall-out from COVID-19 and Hurricane Dorian, there could be very fertile ground for such out-of-the-box thinking.

I have consistently argued that Bahamian policymakers must move urgently to implement structural reforms so as to influence the country’s economic fortunes.

Hubert Edwards: Executive chairs at SOEs are a ‘no go’

Corporate governance, which rests on the principles of accountability, transparency, fairness, responsibility and risk management, is essential to well-run companies.

HUBERT EDWARDS: The future of debt

AS well thinking individuals, we are routing for the success of the country.

Bahamas among most exposed to Ukraine war

The Bahamas must brace for multiple economic “uncertainties” over the next 12-18 months, a governance reformer warned yesterday, after it was named among the eight Western Hemisphere states most vulnerable to the Ukraine war.

‘Still among leaders’: But Bahamas’ FDI down 60%

The Bahamas is “still among the leaders” despite a United Nations (UN) agency yesterday revealing that foreign direct investment inflows to this nation declined by 60 percent year-over-year in 2021 to $360m.

The 2022-2023 Budget has generated vibrant, robust discussion in certain quarters and an uncanny level of silence in others.

We previously considered The Bahamas’ debt sustainability, and looked at the challenges faced from a Caribbean context.

‘NO WAY’ TO PAY BILLS WITHOUT NEW TAXES: Reformer says Budget is most important in history of The Bahamas

A governance reformer yesterday said he was “confident” some tax increases will be unveiled in tomorrow’s Budget, which he branded as the “most important” in Bahamian history to-date.

In the first article we assessed some of the consequences from a high, and growing, national debt. With The Bahamas’ debt-to-GDP ratio expected to remain above 80 percent over the mid-term at least, the question that dominates is the extent to which this is sustainable.

‘Be ready for international attacks over digital role’

A financial analyst warns that international “attacks” on the financial services sector should be expected as the country’s involvement in the digital assets and cryptocurrencies business develops.

‘No time to celebrate’ on better fiscal signs

While the better-than-expected fiscal performance gives the Davis administration “something to hang their hat on” heading into the upcoming 2022-2023 Budget, it was yesterday warned: “It’s not time to celebrate yet.”

For those who pay attention to The Bahamas’ affairs, it is clear the challenges we face today could be with us for a while yet.

The Moody’s verdict on the state of The Bahamas

Any endeavour that does not seek answers and direction for improvement is but a frolic.

Gas station shut down to ‘bring country to halt’

A gas station shut down would “bring the country to a halt” and threaten the “nascent recovery” from COVID-19, a governance reformer warned yesterday, adding that such a move would be “ill-advised”.

HUBERT EDWARDS: The Moody’s verdict on state of The Bahamas

In the first of a two-part series, Hubert Edwards examines the implications of the rating agency's assessment for the country's economic and fiscal outlook.

This article concludes my assessment of The Bad points in the International Monetary Fund’s (IMF) recent Article IV statement on The Bahamas, starting with the recommendation for increased interest rates and then considering The Concerning issues.

Part II concludes assessment of “The Bad” (see Part I) points in the IMF statement starting with the paradox of the recommendation for increased interest rates and then consider the “The Concerning” issues.

Tax reform must “not imperil” the Bahamian private sector and citizens, a governance reformer is warning, adding that income taxation is not a cure-all for the country’s fiscal and economic woes by itself.

A perilous state of affairs

In a second article, Hubert Edwards writes that The Bahamas must enact 'the greatest set of reforms the country has ever seen' to set it on the right economic and fiscal track . . .

Businesses and Bahamians can take “comfort” from the Prime Minister’s repeated assertion that new and/or increased taxes will be “a last resort”, a governance reformer said yesterday.

The Bahamas will “feel the brunt” of the fall-out from Russia’s Ukraine invasion, a governance reformer warned yesterday, with hyper-inflation threatening to plunge the world into a depression.

Commenting on public policy issues requires careful and determined effort given that these are always fluid and dynamic, while positions taken often draw scrutiny. Over this series of articles looking at the Bahamian tax regime, I am always mindful there are things I do not know, but with careful analysis there are important matters that can be explored. This, the final of four pieces, looks at developing issues that have the potential to move the needle while sharing a few cautionary points.

This will be a very interesting year economically. Continued COVID-19 headwinds, the first true Budget from the new administration and, consequently, the change in “ownership” of prevailing policy positions will definitely cause a shift in perspective.

The Bahamian taxation debate is reigniting. The country faces a narrow, and not so clear, path, but will have to confront its taxation regime soon.

The economic recovery for The Bahamas must be urgent, broad-based, strategic and focused on multiple areas at the same time. Every effort must take on a holistic approach, designed to secure fundamental and sustainable fixes for the issues that have plagued the country for decades, and create economic growth but not just for the initial recovery. Anything that is otherwise will be detrimental to the long-term well-being of the nation. In this piece, I look at some select areas of the recent Speech from the Throne.

A listener to a recent radio show texted in to ask: “Can there be a new day without new thinking?”

HUBERT EDWARDS: Day one downgrade can spark impetus for change

The pendulum has swung the other way. The people of The Bahamas have spoken and there are some important lessons to learn, based on the results and extent of voter participation.

Facing up to the brutal facts

The idea of economic diversification has for too long become near taboo and is often misunderstood by many. The normal impulse it to react by saying: “Move to what?” Such a mindset needs urgent rehabilitation.

FACING UP TO THE BRUTAL FACTS

• In the third of a four-part series, Hubert Edwards warns that The Bahamas must adopt a different mindset to develop its economy beyond the current model

HUBERT EDWARDS: Facing up to the brutal facts

THE COVID-19 crisis is teaching the world and every country some important lessons. It would not be an understatement to suggest that we have been, for the last 18 months, in the front seat of a masterclass.

HUBERT EDWARDS: A matter of life and debt

In the final of a four-part series, Hubert Edwards says The Bahamas has much to do in developing a growth platform to pay down its debt . . .

A matter of life and debt

In the third of a four-part series, Hubert Edwards warns that in the absence of greater growth The Bahamas will be borrowing for some time to come . . .

HUBERT EDWARDS: A matter of life and debt

Given the need for growth, let us consider where we are.

* In the final of a four-part series, Hubert Edwards warns that The Bahamas has reached a 'debt trap' tipping point that will require a collective effort to address . . .

* In the third of a four-part series, Hubert Edwards argues that a greater focus on foreign and Bahamian investment will be critical to breaking the low growth trap . . .

* In the second of a four-part series, Hubert Edwards argues that the Government had limited options with the 2021-2022 Budget due to a paucity of resources

In the second of a three-part series, Hubert Edwards warns that today's Budget represents a pivotal moment for The Bahamas' development . . .

With the government’s 2021-2022 budget due to be unveiled tomorrow, Hubert Edwards in the first of a three-part series examines how the pandemic brought us to this point.

In the final of a three-part series, Hubert Edwards argues that the minimum wage must be part of a broader discussion on raising productivity and lifting Bahamians out of poverty . . .

In the second of a three-part series, Hubert Edwards says the minimum wage should be viewed as part of a long-term strategy to combat poverty and not merely a 'hand out' . . .

In the first of a three-part series, Hubert Edwards argues that the debate over increasing the Bahamian minimum wage needs to be better directed and focused . . .