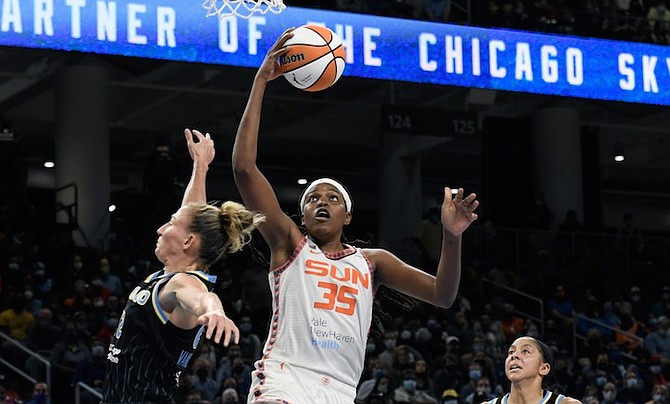 CONNECTICUT Sun star Jonquel Jones will play her fourth WNBA All- Star game as a member of “Team Stewart.”

THE president and director of local LGBTQIA+ group The DeMarco Foundation voiced support for Jonquel Jones after the WNBA star said her sexuality hindered her marketability.

Jonquel Jones opens up on price of ‘coming out’

REIGNING WNBA MVP Jonquel Jones claims that her sexuality continues to hinder her marketability - citing a specific local case with one of the country’s leading telecommunications providers.

Jonquel Jones is the MVP frontrunner in EuroLeague

Jonquel Jones’ double double streak recently came to an end but she remains the frontrunner to claim another MVP award this season.