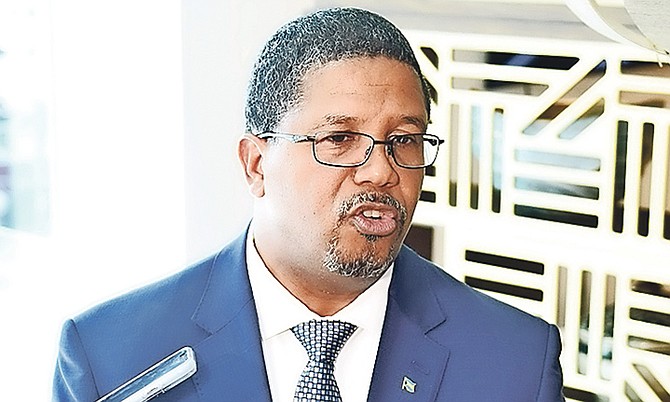 A former deputy prime minister yesterday urged the government to “rush to the finish” on developing tax reform options, warning: “It would be naive to think we can continue as a ‘zero tax’ nation.”

EAST Grand Bahama MP Peter Turnquest strongly appealed to the government to speed up the process of declaring missing Hurricane Dorian victims dead and also to assist many who continue to live in tents that are not suitable for long-term dwelling.

Peter Turnquest says he made decision to withdraw candidacy

JUST days after Peter Turnquest announced he’d been told by Prime Minister Dr Hubert Minnis he would not receive a nomination to contest the next general election, the FNM’s deputy leader claimed last night he had in truth made the “difficult” decision to withdraw his candidacy.

PETER Turnquest, the deputy leader of the Free National Movement and former Deputy Prime Minister will not receive his party’s nomination for the next general election.