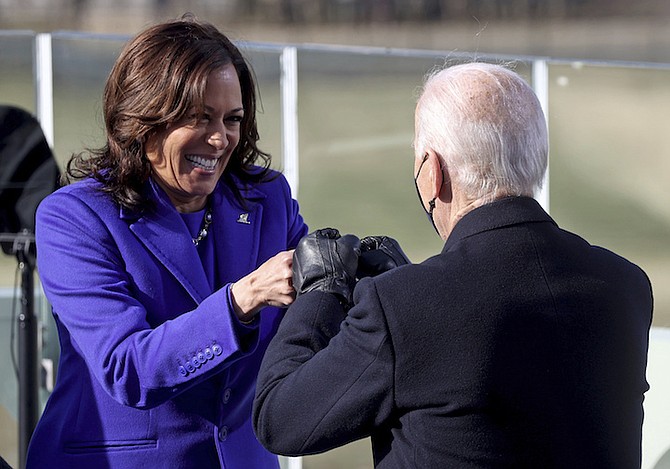 Vice President Kamala Harris bumps fists with then President-elect Joe Biden after she was sworn in during the inauguration, Wednesday, at the U.S. Capitol in Washington. (Jonathan Ernst/Pool Photo via AP)

Biden takes the helm as president: 'Democracy has prevailed'