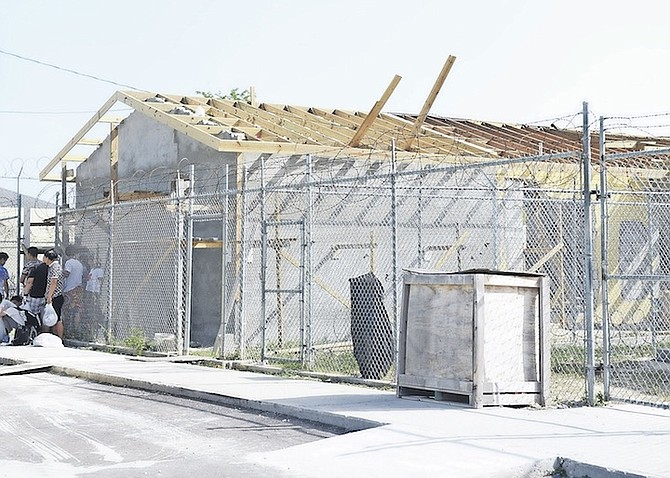 INSIGHT: A family holiday which turned into a Bahamian nightmare

What started out as a vacation in paradise for Rui Hao and his family and friends turned into a total nightmare.

WHY ARE THEY STILL DETAINED? Govt in court again over Chinese tourists held by Immigration

ATTORNEY Fred Smith has filed a writ of habeas corpus to compel the government to explain why four Chinese nationals are being kept at the Carmichael Road Detention Centre.

A CAMEROON native who was released from the Carmichael Road Detention Centre over two months ago claimed she saw missing Cuban woman Adriana Caro at the Department of Immigration’s safe house in early April.

GHANA native Joseph Amihere is suing the government for $10.6m with interest for illegally detaining him for nearly seven years at the Carmichael Road Detention Centre, during which time he endured poor treatment where he was “physically, emotionally and psychologically abused”.

A RELATIVE of a Cuban woman who is allegedly being detained at an immigration facility in the country is appealing to officials to allow her to speak with her loved one.

HUMAN Rights Bahamas is calling for a “full and independent investigation” of an allegation of sexual assault by a male officer against a female migrant who was detained at the Department of Immigration’s safe house.

FAMILY of a woman who was allegedly raped while detained at a government facility say they are worried about her welfare while calling for answers and her immediate release.

THE government suffered another defeat in the courts yesterday when it agreed to apologise to an African man who was unlawfully held in detention for nearly seven years after he travelled to The Bahamas from Jamaica for a three week vacation in 2010.

INSIGHT: Is this how we treat people asking for our protection?

TEN asylum seekers are seeking damages and an injunction preventing the government from deporting them after claiming in a lawsuit filed in the Supreme Court that they were falsely imprisoned and wrongfully deprived of their liberty.