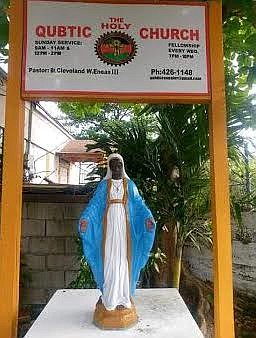 The statue of the black Mary sits on the church grounds on Meadow Street.