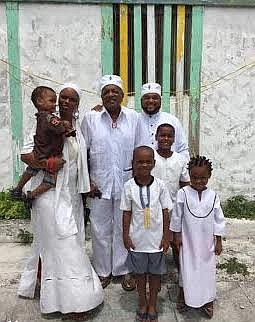 Anku, his wife Amunet and children Ayodele, Amina, Adisa and Atun all flanked around his father, Cleveland Eneas II.