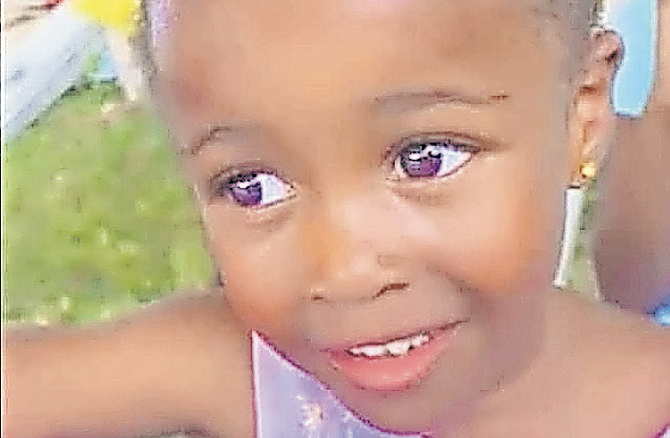 Bella’s father to lay her to rest

‘Let us lay Bella to rest’

BELLA Walker’s paternal grandmother Meredith Grant says she is appalled by certain public statements made in the wake of the child’s death and an impending legal fight over the little girl’s remains.

MURDERED toddler Bella Walker’s body was removed from the morgue and taken to a funeral home without the consent of anyone who has legal custody of the remains, attorney Bjorn Ferguson said yesterday.

ALICIA WALLACE: Action not just anger should be our response to Bella’s death

ANN-MARIE Davis has committed the Office of the Spouse to working closely with the government, local non-profit groups and her CARICOM counterparts to bring more awareness and legislative proposals to offer greater protection for the nation’s children.

PEOPLE living near the major subdivision apartment where four-year-old Bella Walker lived with relatives alleged she was living in a volatile environment, marked by constant fighting between adults in the home.

THE family of a four-year-old girl who died in hospital on Friday after being brought to the facility with injuries is struggling to accept the situation, with one relative sorrowfully telling The Tribune yesterday “we sent her to her death”.