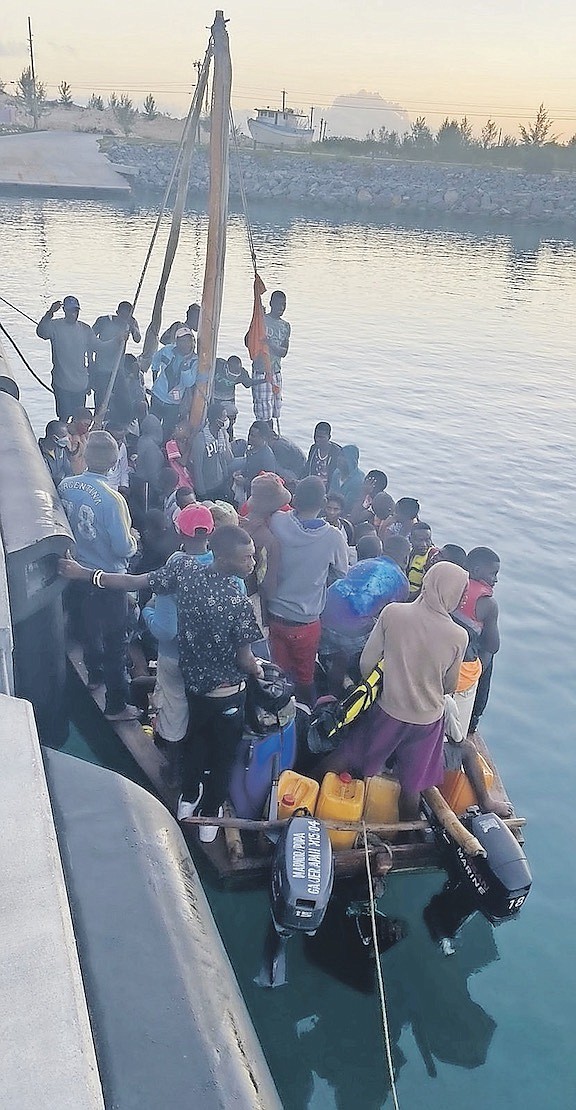 HUNDREDS of Haitian migrants were detained over the weekend.

IMMIGRATION and Labour Minister Keith Bell said yesterday that the government is hoping to repatriate over 900 Haitian migrants who recently entered the country illegally by the end of this week.

Hundreds of Haitians detained over weekend

PROVISIONS have been made to facilitate the repatriation of hundreds of Haitian migrants who entered the country illegally over the weekend, according to Prime Minister Phillip “Brave” Davis.