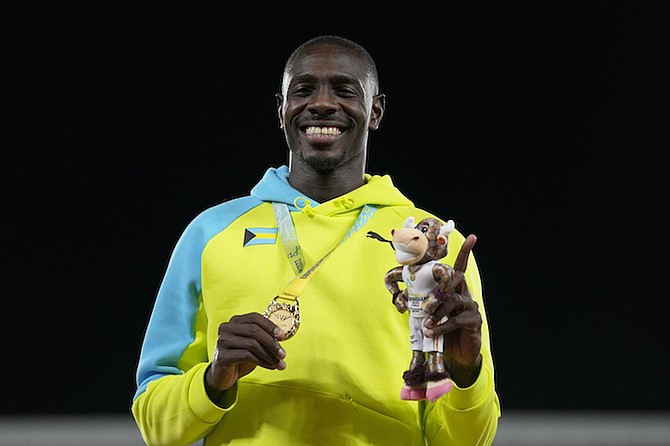 MAKING HISTORY: Laquan Nairn, of The Bahamas, poses on the podium after winning the gold medal in the long jump final during the athletics competition in the Alexander Stadium at the Commonwealth Games in Birmingham, England, on Thursday, August 4, 2022.
(AP Photos/Alastair Grant)

PETER YOUNG: What on earth was Pelosi’s end game?

The damaging fallout from the high-level visit to Taiwan by Nancy Pelosi has been extreme, and it is continuing. Relations between the US and China have been tense for some years but have now deteriorated sharply.

BIRMINGHAM, England — In sports in general, there’s the thrill of victory and the agony of defeat. Team Bahamas experienced both ends of the spectrum over the weekend at the 2022 Commonwealth Games.

LaQuan Nairn won gold for The Bahamas in the long jump at the Commonwealth Games in Birmingham, England on Thursday.