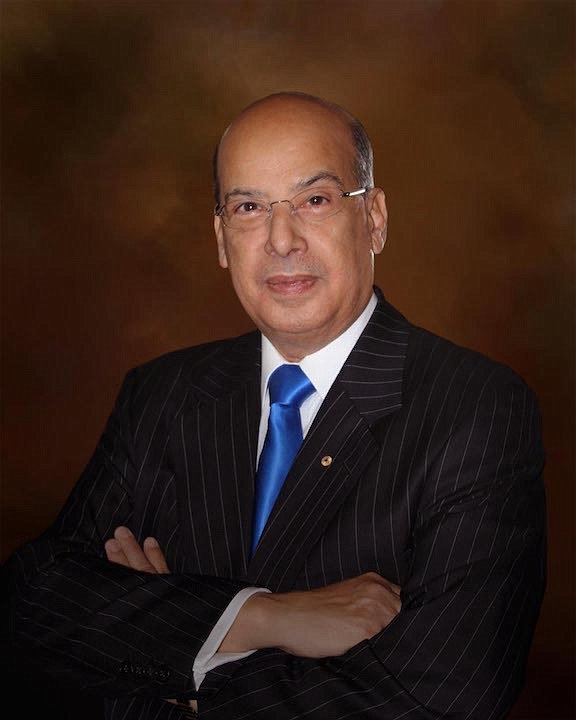 WORLD VIEW: Being homosexual is not a crime - Pope Francis

“BEING homosexual is not a crime. We are all children of God, and God loves us as we are and for the strength that each of us fights for our dignity.” Those words were spoken by Pope Francis, easily the most radical pontiff that the Roman Catholic Church has ever had.

MANY countries in South America are now in a state of troubling unease. Recent events in Peru have catapulted it to the forefront of security concerns in all its dimensions. But worry also exists about other countries which are tiptoeing through political minefields that could explode overnight.

IT HAS been interesting to read the responses in Editorials and Opinions in some regional media, concerning the decision by the two main political parties in Antigua and Barbuda to abolish work permits for nationals of Caribbean Community (CARICOM) countries and the Dominican Republic.

WORLD VIEW: The fallacy of ‘President’ Juan Guaidó is now over

THE pretender, Juan Guaidó, is now finally gone. The myth that he was the President of Venezuela and had the capacity to act and speak for the country, has now evaporated.

GANG violence, particularly in schools, and directed at school children, is fast becoming a grave concern throughout the Caribbean.

THROUGHOUT the world, people and their governments and Central Banks are worrying about inflation, or the rate of increase in the cost of living. In many countries, this concern about the cost of living has become a prime consideration in general elections because electorates want competent governments in whose hands they commit their expectations.

WORLD VIEW – Not a moment to waste: Small island states must defend themselves

CALL me a cynic, but years of participation in negotiations between developed and developing countries have schooled me to be cautious about grand announcements and promises. The devil is usually in the detail. Experience has taught me to remain hopeful, but to be vigilant in ensuring the commitments, pledges and promises are kept.

SHOWING all the frankness that he demonstrates in his domestic politics, Antigua and Barbuda’s Prime Minister, Gaston Browne, marched fearlessly like Daniel in the Lion’s Den, when he made several demands in Sharm El-Sheikh, Egypt where COP 27 is being held.

IN my commentary last week entitled, US Mid-term elections: a defining moment for the World, I pointed out that no less a person than Joseph R Biden Jr, the President of the United States of America, proclaimed that democracy is at stake in his country.

DEMOCRACY is at stake in the country that proclaims itself as the world’s bastion of democracy.

WORLD VIEW: No trust in Truss - general elections should be called

THE present Conservative party in Britain has now established a remarkable list of records; none of them good.

AT the height of Donald Trump’s presidency of the United States (U.S.) when, on January 23, 2019, he anointed Juan Guaidó as the “Interim President” of Venezuela, as much as 50 countries joined him in a folly that persisted until October 6, 2022.

ON September 23, at the 77th Session of the United Nations General Assembly, the Prime Minister of Antigua and Barbuda, Gaston Browne, made a clear and unequivocal statement, concerning the impact of Climate Change.

WORLD VIEW: President Putin - The world should say ‘no more’

“EVERY bullet, every bomb, every shell that hits a target in Ukraine, hits our pockets and our economies in Africa.” Those were the words of the President of Ghana, Akufo-Addo, at the UN General Assembly on September 21.

THERE are intermittent squabbles in the Permanent Council of the Organization of American States (OAS), concerning the controversial general elections of October 20, 2019, in Bolivia.

THE most ominous sign of what the forthcoming COP-27 meeting on climate change portends for small states is that officials from a Group of 20 (G20) major economies, who met on August 31, failed to agree a joint statement at the conclusion of the meeting.

ONCE again, politicians in the US are entangling the internal politics of their country with US obligations to the international community.

WORLD VIEW: Haiti sinking deeper into catastrophe - who will save it?

HAITI has never been far from wide-scale human suffering, grave political instability, and grim economic underdevelopment. But its circumstances today are worse than they have been before.

SO FAR in this attempt to answer the question, “Has CARICOM reached its limits of regional integration”, it has been established that, after almost 50 years, the regional project has failed to deliver the commitments expected from the 1973 Treaty of Chaguaramas and its Revision in 2001.