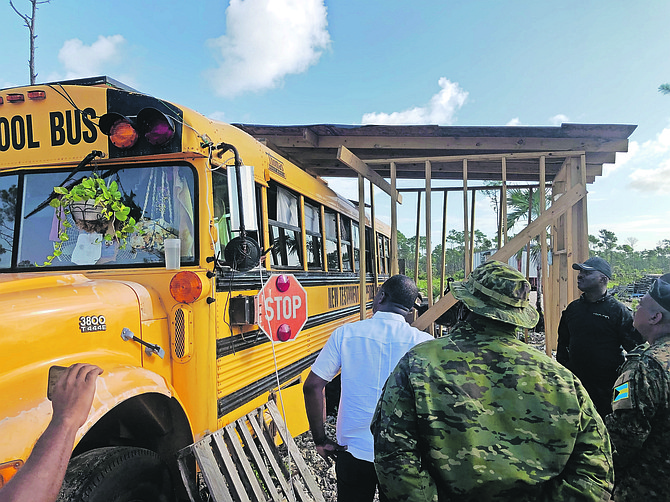 The bus being used as a makeshift home

Woman living in bus 'was not squatting'

A WOMAN, who was given 14 days notice by the government to vacate Crown Land in the Bacardi Road area, says she is not squatting. She said government was aware that she was living in the area.