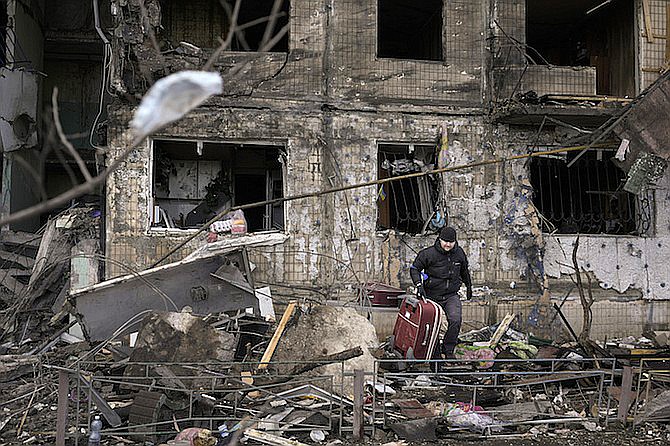 People retrieve belongings from an apartment in a block which was destroyed by an artillery strike in Kyiv, Ukraine, Monday. Russia's military forces kept up their punishing campaign to capture Ukraine's capital with fighting and artillery fire in Kyiv's suburbs Monday after an airstrike on a military base near the Polish border brought the war dangerously close to NATO's doorstep. (AP Photo/Vadim Ghirda)

OVER the weekend, The Bahamas announced economic sanctions on financial resources of the Russian Federation and those of certain entities and individuals linked to the Federation and Belarus.