‘Can’t be left behind’ in competitive world

The global pandemic has presented us with many opportunities and lessons for creating a society that is more sustainable and better prepared.

SINCE their formation out of the Max D Baseball Academy in 2017, the International Elite Baseball Academy has been growing by leaps and bounds as they continue to provide opportunities for many young men to experience their dream of playing college or professional baseball. 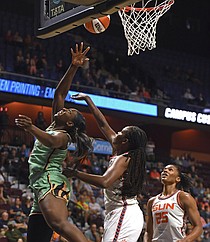 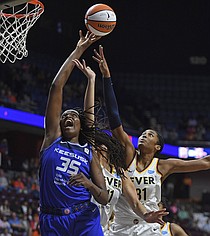 Accused says he was victim of abuse by police officers

A MAN claiming to be a victim of police abuse was granted bail in a Magistrate’s Court yesterday on charges of assaulting a police officer and resisting arrest.

TWO OFFICERS testified in the Magistrate’s Court yesterday at a man’s ongoing sacrilege trial for breaking into a church last year.

A WOMAN was put on six-months’ probation yesterday after being charged with two counts of deceit of a public officer.

Bahamas Customs has apologised for its now-aborted efforts to introduce a new border control system for private aviation that could have produced “a really ugly” outcome if implemented.

As Prime Minister Philip Edward “Brave” Davis and his New Day Government thrive, flourish and grow abundantly, opportunities continue to pop up in favour of our country’s economy and by extension, the PLP government.

THE KDK REPORT: This new horizon

WELL-KNOWN for its beautiful beaches and world-class museums, Niteroi is a city in the southeast region of Brazil, facing Rio de Janeiro and just across from Guanabara Bay. It is also the birthplace of one of my patients, who like so many others, has had to overcome more than her fair share of challenges.

THE KDK REPORT: The North Star

GROWING up and living on a remote family island offers a wealth of peace and tranquility few outsiders can comprehend. With a small population, everyone on the island is either a family member or neighbour and there’s a genuine sense of community throughout the entire land.

Heart disease top cause of death in nation

ISCHEMIC heart disease is the number one cause of death in the country, according to Health Minister Dr Michael Darville.

Bahamian blood on US Second Amendment

Prime Minister Philip Brave Davis’ startling claim that 90 percent of confiscated guns used in murders in this country have been traced to American manufacturers and firearm retailers suggests to this writer that the 2nd Amendment to the US Constitution is stained with Bahamian blood.