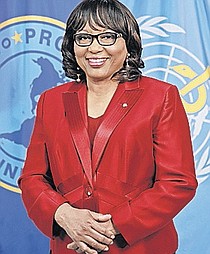 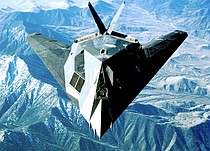 TEAM Bahamas suffered a 4-0 loss at home to St Kitts and Nevis in round one, Group F of the FIFA World Cup Qatar 2022 Qualifiers.

Warning: Be cautious over buying or eating conch

THE Bahamas Agricultural Health and Food Safety Authority’s (BAHFSA) Food Safety and Quality Unit has again advised consumers not to purchase or consume any raw fresh conch or conch that they suspect was not properly handled and/or fully cooked.

BAHAMIANS MUST HEED THE WORDS OF JOHN F KENNEDY

In his inauguration address on January 20, 1960, American President John F Kennedy uttered these timeless words: Ask not what your country can do for you, ask what you can do for your country. Unfortunately for The Bahamas, many Bahamians have developed a completely antithetical mindset, having imbibed a culture of political nepotism and political cronyism, believing that the state owes them something.

When will we get vaccine?

AS the United Kingdom became the world’s first country to authorise use of a COVID-19 vaccine, Minister of Health Renward Wells said the government is still determining which brand it will secure.

Under President John F Kennedy, the United States placed a crippling economic embargo on communist Cuba, then led by Fidel Castro, a rabid loyalist of the USSR, in 1962 – 15 years into the geopolitical tension between the two countries dubbed the Cold War, which began in 1947.

Police in Grand Bahama are investigating a suspicious death.

Man dies after being thrown from moving truck

AN Abaco man died on Saturday after he was thrown from the back of a moving truck.

A 24-year-old man who gave a police officer a fake name while he was searched several days ago was fined $100 on Friday.

Firstly, I would like to make a qualified statement to the effect that there may be extenuating circumstances or unknown, but relevant, reasons of which I am ignorant, with regards to the contents of this letter. If so, please disregard the contents, if not please enlighten the puzzled public.

Team Bahamas was blanked for the third consecutive match in the opening round of FIFA World Cup Qatar 2022 Qualifiers for the CONCACAF region.

Drop in top grades as exam results are released

NATIONAL exam results worsened in 2020 compared to 2019, with fewer students achieving A, B and C grades and more students receiving D, E, F and G grades compared to the year before.

Police appeal to the public over body discovery

A senior police official is appealing to the public to assist them with investigations into discovery of a badly decomposed body that was found in Queen’s Cove on Thursday evening.

Teachers union president calls for educational year to be repeated

After seeing the results of the country’s national examinations, President of the Bahamas Union of Teachers Belinda Wilson is recommending that the Ministry of Education repeat the 2020 educational year and stop social promotion in schools.

Trying to lose next election?

While driving to work this morning and being made aware of the protests by the Nurses Union, the dissatisfactions of the Customs Union and disappointments of the Hotel Union, along with the actions/non-actions by the FNM government with regards to Abaco and Grand Bahama, following hurricane Dorian and mostly the general feeling amongst Bahamians on the whole, a thought/realisation suddenly hit me, “are the FNM intentionally trying to lose the next election”?

Can we make adjustments?

The subject matter was the headline in The Tribune on Thursday, April 1st, 2021 (Too heavy to fly cost him his life). The article was about Mr Louis Edward Rolle, a 74-year-old man who died in Bimini.

PRIME Minister Dr Hubert Minnis revealed that a planned housing programme geared towards young professionals will include certain exemptions such as waived customs duty on building materials and appliances and real property tax exemption for up to two years after the homes have been constructed.