A MAN was granted bail in a Magistrate’s Court yesterday after he was alleged to have committed vagrancy and assaulted a police officer.

THE Bahamas Union of Teachers is concerned about the capacity of the Ministry of Health and Wellness to facilitate proper contract tracing in the face of COVID-19 cases in schools and communities.

Spread the message on climate change

Almost exactly 30 years after the United Nations declared at COP1 that human activities are changing the Earth’s climate and that these “adverse effects are a common concern of mankind,” little has changed for the better, and the facts remain:

COMING off the two-game split of their friendly matches against the Turks & Caicos Islands over the weekend, the Bahamas Football Association has selected its men’s national team that will represent the Bahamas at the CONCACAF National League.

Teachers: Use wisdom over shutting schools

THE Bahamas Union of Teachers is “closely monitoring” the spread of COVID-19 in public schools, its president Belinda Wilson urging the Ministry of Education to “utilise wisdom” as examinations get underway.

Man accused of stealing $8,000 worth of goods

A MAN was charged in the Magistrate’s Court yesterday with stealing goods worth more than $8,000 from another man's home.

Talks on examinations for students in quarantine

WITH national examinations set to resume on schedule this year, Education Minister Glenys Hanna-Martin said officials are now discussing how best they can accommodate students in quarantine.

‘One more big investment’ to turn around GB fortunes

Grand Bahama businesses are “optimistic” on the prospects the Carnival Cruise Line groundbreaking ceremony for its new port destination gives for the island, but say that the island needs one more huge investment for it to turn the fortunes of the residents. 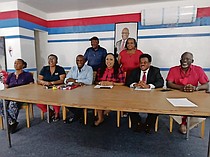 FNM Grand Bahama Council announces that 40 mothers on GB and Bimini will be presented ...

Forty mothers to be celebrated by FNM

FORTY mothers on Grand Bahama and Bimini will receive the Free National Movement’s Mother’s Day Award 2022 on Sunday, May 29, at the Bishop Michael Auditorium, in Freeport.

AFTER completing a successful sophomore season at the University of Alabama at Birmingham, tennis player Sydney Clarke said there’s no better feeling than being back home.

Moncur issue is a distraction

The former Senator the Hon Rodney Moncur and I go back decades as community activists and influencers. He has no known public scandal attached to his name.

Bahamians were yesterday urged to “hope and pray” that the World Bank’s forecast of high food and energy costs lasting three years does not come true, with cooking oil and other staples increasing by up to 80 percent in recent months.

‘Apology was promised to Osborne’

FORMER Works Minister Desmond Bannister allegedly promised to publicly apologise for the “wrong information” he gave about Darnell Osborne, but never did so, a former Bahamas Power and Light consultant claims in a new witness statement.

Joy for Jasmine as she lands full scholarship 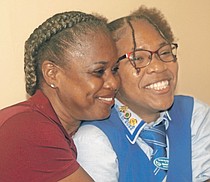 NICOLA PINDER, along with daughter Jasmine, receives the news of a full-ride scholarship at Morgan ...

Sarkis Izmirlian is alleging that Baha Mar’s contractor make secret payments to unnamed “government officials, their family and associates” as part of a scheme to force him out from the multi-billion dollar development.