Why should Bahamas be in 7% oil minority? 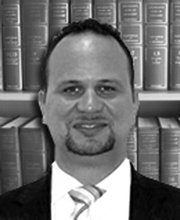 IT CREPT like a spider, softly climbing up our back. Suddenly, it appeared in front of our eyes: big and black, poised to strike. This was how it felt to suddenly, out of the blue, be told that a foreign multinational company had been given the right to explore, drill and own oil in the Bahamas. The Bahamian public was not forewarned. There were no public meetings or discourse. So, how could we be blamed for thinking it was of little import and "no big deal". Well, I'm here to tell my fellow Bahamians that the ownership of Bahamian oil by any foreign multinational company is of huge importance and consequence to Bahamians now and in the future.

Private oil prospecting is nothing new. It has been pursued tirelessly across the globe for the last century, ever since the price of oil made it akin to 'black gold'. However, in recent times private prospecting has slowed, because the majority of countries are now aware of their right to own their oil and no longer desire private interference. It seems that the Bahamas has been caught sleeping at the wheel. A main reason for the excitement behind private oil exploration here is that the foreign prospectors believe us to be ignorant of what the rest of the world already knows: That nobody allows private ownership of oil any more.

While pursuing a Masters in International Comparative Business Law in London, I studied multinational enterprises (a company that has multiple nationalities) and their contractual interactions with governments, within the principles of International Law. According to International Law, all countries are sovereign and a law unto themselves.

As a sovereign state, they have the right to nationalise private industries within their borders. Nationalisation means to convert from private to governmental ownership and control. Historically, many nations that used foreign companies to explore for and extract oil later nationalised the private oil companies on behalf of their citizens, who they considered to have been exploited by the private oil companies.

If we look at Norway, which nationalised its oil in 1972, just two years after foreign companies began exploring for oil off its coast, we can see a productive example of nationalisation. With the proceeds of nationalised oil, Norway provided multiple welfare services for its citizens, such as free education, healthcare and pensions. A little closer to home, our Caribbean neighbour, Trinidad, nationalised its oil industry in the 1970s and 1980s. At its peak, oil and gas accounted for 40 per cent of Trinidad's GDP and more than 90 per cent of its exports.

Some may argue that the Bahamas should wait until oil is struck before it contemplates nationalising its oil industry. Let the foreign company do all the difficult, technical work and then take over. However, this is an ill-advised strategy for several reasons. First, nationalisation has a terrible impact on foreign relations. Because the Bahamas is a tourist destination, any attempt to nationalise oil could be seen as a threat by tourist-exporting nations, possibly leading to sanctions on tourism. In other words, nationalisation, once the train has left the station, is looked upon as somewhat underhanded and akin to stealing. For this reason, it is shunned by the international community. One need only look to the recent outcry from Spain and the US against Argentina's attempt to nationalise a Spanish oil company to see the impact of nationalisation on foreign relations.

Another reason to nationalise now is due to the high price of oil. The leverage of oil producing nations as to how their oil is extracted and exported to the international community is at an all-time high. Should Cuba, the Bahamas' immediate neighbour, strike oil, the Bahamas' leverage would increase 100-fold. The Bahamas would have the leverage to borrow funds for exploration and call the shots with regard to any partnership or royalty agreement.

A further reason is that nationalisation, once oil is discovered, will be very, very costly. Right now, the worth of the Bahamian oil industry is negligible, because oil has yet to be found. Once oil is located, the value of the foreign company that discovers it will skyrocket. International law posits that in order to nationalise foreign-owned property, a country must pay compensation at an appropriate and equitable rate. The Bahamas would not be able to 'legally' nationalide its oil industry without first paying a very hefty fee.

Are solutions other than nationalisation available to the Bahamas? Yes. In order to grasp the options available, the Bahamas should bring in a consultant to determine its leverage and strategy options for pursuing oil negotiations and exploration. I trained under Dr Charles Chatterje, who is an expert adviser to countries working with multinational enterprises; he would be an excellent choice for consultation.

Much of the plan to drill for oil in the Bahamas hinges on the discovery of oil off Cuba. Before the Bahamas renews any lease with a foreign company, it should wait and see if oil is located in Cuba. Cuba is currently in the process of drilling for oil, and results as to oil findings are expected within the next few months.

Should oil be located in Cuba, other than completely nationalising the industry, the Bahamas could require that 50 per cent of the foreign company be owned by the Bahamian government. At the very least, the Bahamas should renegotiate any contracts it has signed and increase its royalties to 50 per cent, as the royalties currently asked for are low by industry standards.

It is hard to imagine how the Bahamas placed itself in this unenviable position. At a time when the price of oil is at an all-time high, and Cuba is possibly about to discover oil on the Bahamas' doorstep, it has agreed to allow a foreign multinational company to exploit its oil for a small royalty share of the profits. It is not rocket science to see that if Cuba strikes oil, the Bahamas will strike oil, also. It is abundantly clear that the privatisation of natural resources, such as oil, is a thing of the past, an antiquity of the colonial era. The true asset being exploited by multinationals in the Bahamas is not our oil, but our ignorance.