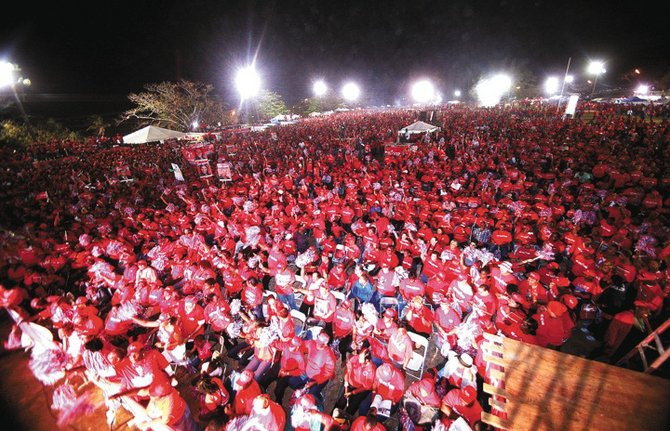 FNM supporters at a Clifford Park rally ahead of the 2012 general election.

Taking the PLP to task as a party that talks and cannot deliver, Mr Ingraham called on his supporters as well as PLPs and independents to give his party another five years in office. 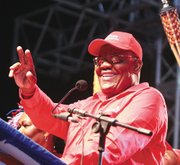 “We are delivering a revitalized City of Nassau. They neglect. We deliver.”

Mr Ingraham also cited the creation of the Goodman’s Bay Park, the upgrade of the Western Esplanade and the green open space at West Bay Street and Perpall Track.

Mr Ingraham went on to pledge that the FNM government would do more for police and defence force officers.

He said: “You know that when we can, we increase your pay and improve your terms and conditions of employment.”

Hard copies of the FNM election manifesto are now available. Mr Ingraham urged people to obtain only one copy per household to ensure there were enough for everyone who wanted one.

It was rumoured that Tina Turner was going to perform at the rally last night. However, the pop superstar did not appear, contrary to the speculation running wild on social network websites.