Don't Spin Your Discs On Storage

What is the basic difference between a CD and a DVD disc? Not exactly sure which one to save your data to? Heard this question before, or is this your issue? For the record, let me begin by saying: “All CD/DVD discs are not created equally.” 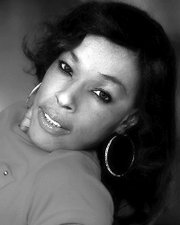 Typically, the world of graphic design is very dynamic, and designs made in desktop publishing applications for storage are well past the boundaries of traditional print alone. Designers have a wide option of devices to save their data to, such as CDs, DVDs, external hard drives, podcasts and much more. Producing high-resolution files and heavy megabytes that can cripple a computer’s processing speed over time causes designers to explore additional avenues to save a file.

Backing up data is one of the most important tasks you will perform on your computer. If you don’t have a backup plan, your risk of losing your data permanently is actually real.

Loss of data happens in many ways, and there’s a popular saying in the computer world that says: “There are only two types of hard drives - the ones that have failed and the ones that will fail.”. It’s not a matter of IF you’ll lose your data; it’s a matter of WHEN.

Nonetheless, if you choose to invest in a CD or DVD disc, how do you determine which to use and is there a basic difference? It’s totally understandable to confuse both since they look identical. But beyond little microdots the big difference between DVDs and CDs is clearly “storage” capacity.

A (Compact Disc) or CD, which has been available on the market since late 1982, is largely used to store digital data. It was originally developed for storing digital audio. The CD disc can hold about an hour of music or between 600 to 800 Megabytes of data.

On the other hand, DVD (‘Digital Video Disc’ Digital Versatile or ‘Disk’ depending on who you’re chatting with) was created in the 1990s exclusively for video. This disk can hold typically about 4.7 Gigabytes (GB) on a single layer disc (about eight times more than a CD) and 8.5 GB on a dual (two-sided) layer disc.

When the DVD format was introduced, it was not intended to replace the CD in the audio market, but is now the disk of choice for movies.

With that said, it is important to pay close attention to your disc purchase, as all discs are not alike. For example, a plain old CD/DVD’s shortcoming is not being able to edit data once it is burnt to the disc.

Before writing files to either one, you must determine whether or not the computer you’re using has a CD-ROM/DVD-ROM drive that supports CD-R/CD-RW or DVD-R/DVD-RW formats. To guarantee that it does, the face plate of the CD-ROM/DVD-ROM drive will usually display a logo for all the formats the drive recognises.

To this end, you have the option to save whatever you wish on both devices, but the question is ‘how much’ ,as there is a distinction in storage space. Until we meet again, fill your life with memories rather than regrets. Enjoy life and stay on top of your game.

About the Columnist: Ms Bastian is a trained graphic designer who has qualifications of M.Sc., B.Sc., A.Sc. She has trained at institutions such as: Miami Lakes Technical Centre, Success Training College, College of the Bahamas, Nova Southeastern University, Learning Tree International, Langevine International and Synergy Bahamas.

I was always wondering about the difference between a CD and DVD and thanks for this article I found out. I was also reading these days about http://www.techjaws.com/five-ways-to-...">Enterprise Security: The Top Five Strategies.

My opinion is that instead of storing your data on disks, you should find some good http://www.proseoexpert.com/2012/12/s...">hosting solutions. That way all your data will be more secure.