Exchange Rate Was 'Never In Jeopardy'

The Bahamas’ $838 million foreign currency reserves “are in line” with both their internationally-recognised adequacy benchmarks, the Central Bank of the Bahamas governor yesterday saying the one:one US dollar peg was “never in jeopardy” over the past decade. 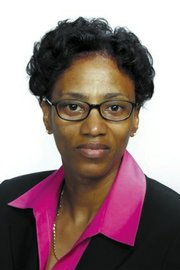 Responding to a paper by an International Monetary Fund (IMF) researcher, who found that the Bahamas’ fixed exchange rate came under pressure three times between 1999-2010 - in 2000, 2005 and 2006 respectively- Wendy Craigg said this was based on the study’s theoretical findings, and “does not necessarily reflect” the reality at those times.

She told Tribune Business that the Bahamas’ foreign currency reserves currently exceeded one adequacy benchmark, the total worth of imports they could purchase, and were in line with the established base money coverage range.

Mrs Craigg said the $838 million reserves were equivalent to 98 per cent of base money, a range between 90 per cent to 100 per cent being the target.

The last time the import reserve coverage was measured, in March 2012, the Central Bank governor said this ratio was equivalent to 3.5 months’ worth of imports. This was ahead of the recognised three month benchmark target.

“The Bahamas utilises a number of internationally recognised benchmarks in assessing the adequacy of the external reserves, such as the ratio of reserves to base money and the import reserve cover,” Mrs Craigg told Tribune Business.

As for the exchange rate, the Governor added: “We don’t have any pressure. We maintain a healthy level of reserves, even though we’re trending below last year, as 2011 was impacted by extraordinary inflows.”

Central Bank data shows that the Bahamas’ foreign currency reserves are down 20.3 per cent year-over-year at $838 million, compared to $1.052 billion at the same point in 2011.

“We expect to end the year [2012] with relatively healthy levels,” Mrs Craigg told Tribune Business of the foreign currency reserves. “There will be some moderation in line with the traditional drawdown as firms rebuild inventory levels, but it should remain relatively strong.”

Asked whether the foreign currency reserves were likely to finish 2012 below prior year levels, Mrs Craigg acknowledged that “could be” the case.

But she added: “We’re pleased with the level of reserves we’ve been able to maintain, regardless of where it’s coming from. Over the last two-three years, there have been a number of extraordinary inflows.

“There’s no cause for concern.”

The periods cited in the IMF research paper, Reserve Adequacy in Emerging Markets and Small Islands, as when the Bahamas’ fixed exchange rate came under pressure, coincided with periods of rapid economic growth.

They were years when import spending and consumption increased rapidly, while 2005-2006 saw relatively large foreign currency outflows due to several mergers and acquisitions, where foreign-owned companies changed hands to become Bahamian-owned.

“We had some pressure, but never where the exchange rate was in jeopardy,” Mrs Craigg told Tribune Business.

Referring to the study by IMF researcher Nkunde Mwase, she added: “It is important to point out that the author’s research is theoretical, and hence results are based on the assumptions made in the study, as the IMF does not utilise this indicator in their assessments of countries’ external reserves.

“Further, the author’s description of periods where the countries faced exchange market pressures (EMPs) is based solely on the definition created to identify these periods and does not necessarily reflect actual instances when countries would have experienced balance of payments challenges, due to the level of external reserves.”

Based on its unofficial benchmark metric, the IMF paper found: “Small islands have experienced about 30 episodes of exchange market pressure (EMP) between 1999 and 2010.

In determining a new ‘metric’ for measuring whether countries had an adequate level of foreign exchange reserves, the IMF paper came up with a formula for fixed exchange rate countries - such as the Bahamas - that required them to cover 35 per cent of exports, plus 10 per cent of the broad money supply and 95 per cent of the country’s short-term debt.

While acknowledging that this benchmark was more strict than that used by the IMF currently, the paper said countries with foreign reserves covering 75 per cent of its metric were in an “adequate” position.

Graphs attached to the paper showed that in the Bahamas’ case, its foreign currency reserves in 2010 were only able to cover about 60 per cent of the paper’s benchmark, putting it among the 42 per cent of nations in the sample with cover below the stipulated range. Only Antigua and Barbuda and the Dominican Republic had lower coverage thresholds.