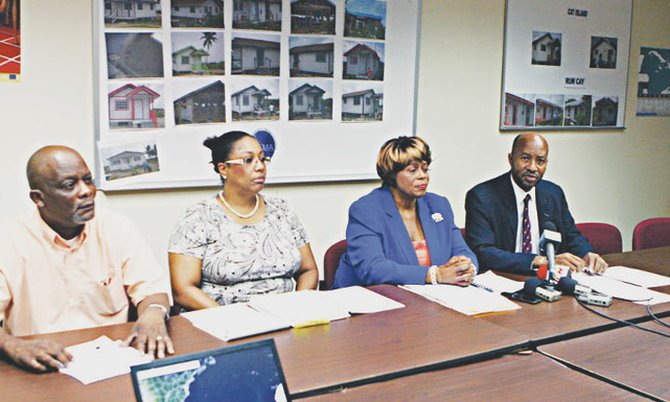 INAGUA residents are steadily preparing for the impact of Tropical Storm Isaac, including stockpiling necessities and securing their properties.

Island Administrator Alexander Williams said yesterday island residents were on alert and taking precautions as Isaac nears, having already experienced the devastating effects of prior hurricanes and tropical storms.

“Everything has been taken into consideration for the impending system that is heading in our general direction,” he said.

“The community has been made alert and aware of this and preparations are well under way.”

Government agencies and other local authorities have been informed and are cooperating with storm preparations in terms of securing public buildings.

“The citizenry are stockpiling their necessities. The police defence force and the local government authorities are all actively involved in getting these preparations concluded so there is a alertness within the general community,” Mr Williams said. “Everything is going as would be expected in preparation.”

The island administrator said Inagua had been hit hard by hurricanes in the past and that knowledge was firm in residents’ minds as they geared up to face the fierce winds and surf Isaac was expected to bring.

“The general populace here is quite aware - they have learnt their lessons from the recent hurricanes and they are taking the necessary precautionary measures,” Mr Williams said.

• READ the latest on the storm predictions in The Big T tomorrow - and stay up-to-date over the weekend with the Tribune’s website www.tribune242.com, our Twitter and Facebook websites and our radio stations. Email pictures of the stormy conditions to pnunez@tribunemedia.net or phone us with your story on 242 502 2358.