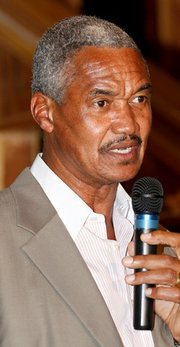 MARIO’S Bowling and Entertainment Palace chief, Leslie Miller, said that despite earlier setbacks he expects to have the former Robin Hood store open by Christmas, telling Tribune Business: “We have to catch Christmas season.”

Back in July, Mr Miller told this newspaper that plans to reopen the store off Tonique Williams-Darling Highway had hit a “major setback” after thieves reportedly broke in and stole six ten-ton air conditioners.

He told Tribune Business yesterday: “I am waiting now to get some other things sorted out. I’m trying to get the land resolved so we could go ahead and get the funding in place.

“I think now, more than ever, with the high prices escalating in the market it’s necessary for other entities to get back into the game to enable the price of food to decrease for the average Bahamian in this country.”

Robin Hood closed down back in January, its principal, Sandy Schaefer, telling Tribune Business at the time that he had little choice but to liquidate the company after it suffered a $3.6 million net loss in its last year.

Mr Schaefer said the closure of the retailer’s second store on Prince Charles Drive, a victim of a delayed opening and the ongoing roadworks, had prevented the company from generating a return on its investment in the property - and resulted in the company losing more in its last 12 months than it had collectively earned in the previous four-five years.