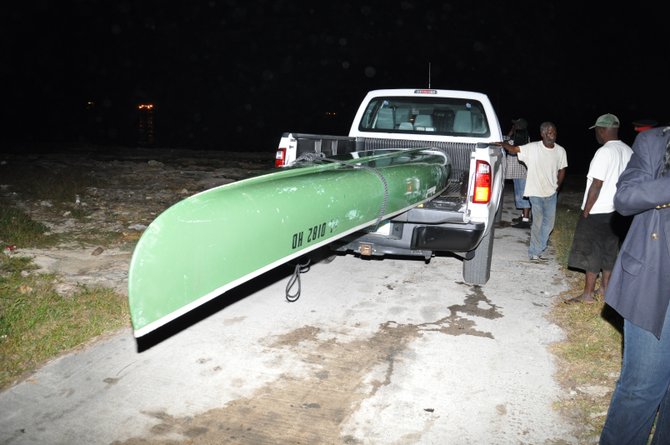 This canoe which was carrying two men capsized, leaving one man dead.

FREEPORT: Police are continuing their investigations into the apparent drowning of a 60-year-old man in waters off Eight Mile Rock.

According to reports, the victim and another man were out fishing when the canoe they were on capsised in waters off Russell Town, Eight Mile Rock.

While returning to shore, the boat capsized a short distance from the shoreline and the men started swimming for safety.

One man disappeared under the water. The second man, aged 51, was able to make to shore, and alerted police his fishing partner was missing at sea.

The body of the victim was recovered in waters around 6pm in the Hanna Hill area. It was transported to the Rand Memorial Hospital, where a doctor pronounced him dead.

Police have not released the name of the deceased. An autopsy will be conducted to determine the exact cause of death.