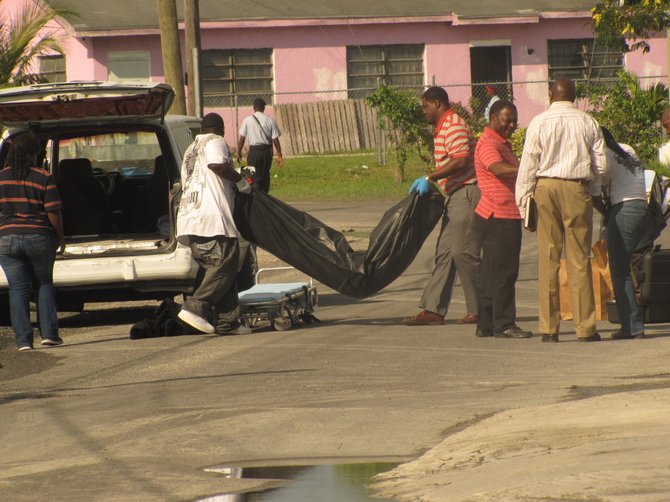 "I ran outside and saw a man lying there with blood coming out of his head - he had two shots to the head." - Ali McIntosh

POLICE say they are following significant leads into the murder of a 27-year-old man who was shot dead on Fire Trail Road two days before the new year.

The shooting occurred at 1pm on Friday, December 30. Police believe the victim was walking on the street when he was approached by a Honda Accord occupied by three men.

According to police, two of the men exited the vehicle, one of whom was armed with a handgun. He then shot the victim in the head.

The man was pronounced dead when emergency medical services arrived to the scene.

She said: "I was eating brunch when I heard about two shots. My mother thought it was a car backfiring so I continued to have breakfast, but when I saw the police, that made me realise that something had happened.

"I ran outside and saw a man lying there with blood coming out of his head - he had two shots to the head."

While Ms McIntosh did not see the attackers, she claimed the men could have been waiting on the victim as he walked home from a nearby convenience store.

She said she has been left "distraught" by the murder and questioned: "What could be so desperate that you would want to kill somebody? To take somebody's life?

"I wish these young men would stop the carnage."

Not long after, police canvassed the area for clues and information.

Superintendent Stephen Dean said: "We are going door-to-door trying to ascertain whether we can determine who might be responsible."

He added the police were confident that the motive as well as those responsible would soon be determined.