Airport Back To Normal

FOLLOWING a frustrating weekend of costly delays at the Lynden Pindling International Airport, flight arrivals and departures are back to normal, Nassau Airport Development officials confirmed. 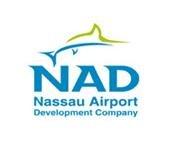 "It is projected that a total of 8,008 passengers will be processed through the three terminals at LPIA (domestic, international and US)," she said.

Reports reached The Tribune on Monday that LPIA was being hit by widespread delays on one of the busiest and most profitable days of the year for the airline industry.

Carriers lamented the costly delays, some of which lasted more than two hours and frustrated customers who had to suffer through grounded and returned flights.

NAD pointed to flight congestion caused by the saturation of Miami airspace. A person close to the situation, disagreed, saying that with the exception of a one-hour maintenance delay, at least five flights - from Miami, Fort Lauderdale, Orlando and Freeport - were affected by the deliberate actions of air traffic controllers.

However, Ms Johnson said yesterday that the air traffic controllers made every effort to expedite arrivals and departures.

Although officials could not confirm an exact figure, the delays will be costly for Bahamasair, as reports indicate the airline had to provide ground transportation, meals and hotel accommodation for passengers who had a lay over.

The long delays will increase the fuel bills for all airlines, including Bahamasair.

Because of the public holiday, Bahamasair also will have a heavy overtime bill for ground crew, who had to service flights finishing more than two hours after schedule.

While sources maintain the Bahamas Air Traffic Controllers Union (BATCU) was behind the delays, union boss Roscoe Perpall insisted that all industrial action on their part was called off after an encouraging meeting with Tourism Minister Vincent Vanderpool-Wallace last week.