IT TOOK firefighters more than eight hours to extinguish a huge fire that spread to across more than an entire acre at its height. 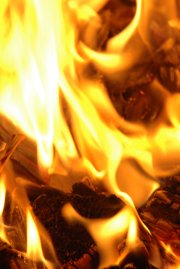 "We got a call around 2pm that a vehicle was on fire in the Carmichael Road area. The first fire truck responded within minutes but when they got there quickly realised it was not a small fire.

"A large backhoe tractor and a number of derelict vehicles and scrap metal was on fire," he said.

"The first unit called for the assistance of two others and we sent a truck from headquarters and another one, which made three in total.

"The fire was very large, more than one acre, and we were worried that it may spread to nearby homes. It was extinguished after 11pm."

ASP Evans denied reports that the city dump was the source of the fire.

He also said fire officials are still investigating the fire at the Carlton E Francis Primary school on December 26 which completely destroyed one classroom, as well as the December 2 fire at the temporary straw market.

The blaze consumed the tent housing the market, and eventually spread to neighbouring structures, including SunTime Ltd, Da Balcony Night Club and the Pompey Museum of Slavery and Emancipation, the latter two of which were housed in historic buildings.

Many speculated the fire was arson, an allegation encouraged by reports that a person was seen at the scene during the early morning hours prior to the blaze.

Mr Evans said a report on this fire is now being compiled.