A FORMER Progressive Liberal Party candidate and family sponsor is now probing the case of the body found in an open grave in Southern Cemetery last week. 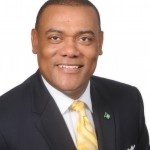 Jermone Gomez, PLP candidate for Killarney, said he donated $1000 to the family of murder victim Noel Antonio Roker to assist in the burial, after relatives, also constituents, approached him for assistance. Mr Gomez said he would make calls “to find out what is going on here,” as he felt the story sounds “very strange.”

“I thought the young man was buried and gone. That was so long ago,” he said.

According to police sources and family members, Noel Roker is believed to be the fully clad body found in the cemetery last week. The discovery came after police received reports that two men were in the cemetery dumping a garbage bag. Mr Roker was killed off Hospital Lane on April 2, 2012.

Although police have not officially released the identity of the body, family members said they were contacted by the Central Detective Unit (CDU) and brought in for questioning to assist in the investigation.

“I told the officer what he had on. A white shirt, blue pants and a baby blue neck tie. The officer basically said yea, that’s him,” said a close relative. Even though the body has been badly decomposed, the relative said the victim was shot four times in the head – “three holes to the left side of his face, and one hole to the right side of the ear” – so identification would not be difficult.

The owner of the funeral home responsible for the body told The Tribune that Mr Roker was buried two weeks ago, on June 27. He said no family members were present at the burial. He said the funeral home had nothing to do with Friday’s incident as no members of staff were authorised to be at Spikenard Cemetery.

Last night, family members said they will give authorisation for the body to be exhumed, as they do not believe claims that he was buried two weeks ago by the funeral home.

“If you buried him, why didn’t you contact any of the family?” a close relative of the deceased asked.

Family members said the funeral home would need to exhume the body to prove Mr Roker was buried, as they were not made aware of a burial. The funeral owner said he has documentation to support his explanation and would be prepared for an exhumation.

According to the family, the dispute over Mr Roker’s body centres around money; specifically a release fee, which they claim was $4,000.

In response, the funeral owner said: “For the last three weeks we have had services which were $2,300 and $2,700. Does that sound like the figure you just said?”

The family said the funeral home was paid a $1,000 deposit by Mr Gomez to take care of the death arrangements. The body was embalmed by the funeral home, and death notices were published.

However, according to a close relative, the funeral was cancelled the night before it was to occur because the family was unable to pay a second deposit of $2,000. After deciding to switch funeral homes, the family claims the body was “held ransom” pending payment of the release fee.

“He refused to release (his body). I went there on numerous occasions. I asked him why he was holding his body at ransom,” said the relative.

The funeral owner said he would not comment on whether the family had financial difficulties. But he did comment on the failure of the community to rally together to ensure Mr Roker a proper burial. He referred to the Creole community, which he said comes together with small amounts to “make up the money.”

“I am saddened that a group of Christian Bahamians did not come together in an asue mentality and say they would do XYZ. Does it sound Christian to you? Does it sound like traditional Bahamianism? I am not worried, because to me it is all lies, fantasy. I don’t know the facts to be what you are saying to me,” said the funeral owner.

The family of Mr Roker is currently seeking a civil attorney to be advised on the matter.

According to sources, the 32-year-old man questioned by police in connection with the disposal of the body was an employee of the funeral home. He has since returned to work, according to Tribune sources, but is fearful that “he will take the fall for the whole mishap.”