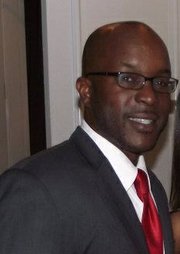 FREEPORT was yesterday described as "the ideal testing ground" for Value Added Tax (VAT), a leading trade economist suggesting that this nation's Economic Partnership Agreement (EPA) commitments required the Bahamas to "resolve or roll out" an alternative tax system by 2014.

Hank Ferguson, who was the Chamber of Commerce's lead adviser over the EPA negotiations, explained that the Bahamas' commitments to either eliminate, or significantly reduce, import tariffs on 85 per cent of European Union (EU) imports meant "disparities" were likely to develop between this and duty rates levied on products sourced from other countries.

The Bahamas' EPA obligations require it to further reduce tariff rates on EU imports in 2014, and Mr Ferguson (also see letter on Page 5B today) told Tribune Business this would leave the country with a stark choice - maintain higher import duty rates on products sourced from elsewhere, or reduce them to EU levels.

Either way, the Government's main revenue source - import tariffs - is coming under ever-increasing pressure, and Mr Ferguson said this made it imperative that the question of an alternative taxation regime be resolved by 2014.

But, in his letter today, Mr Ferguson warned that the implementation of a nationwide VAT tax in the Bahamas would require a "massive cultural transformation" in the private sector - both from a tax compliance and accounting/bookkeeping perspective.

To pave the way, he suggested that Freeport would be the ideal location for a VAT trial implementation, given that its 'over-the-counter' bonded goods regime already required the major importers, such as Kelly's (Freeport), Bellevue, Dolly Madison and Cost Right, to "collect and remit" import duties post-paid to Customs by the 15th of every subsequent month, together with the accompanying paperwork.

This is little different from what would be required under a VAT, and Mr Ferguson told Tribune Business that this tax could be rolled-out in Freeport "in three months", especially given that the Hawksbill Creek Agreement already provided the required enabling legislation.

"Freeport would be the ideal testing ground," Mr Ferguson told Tribune Business. "They are already operating a system that could quite easily be converted to a VAT.

"Every company operating in the Freeport area would be capable, in a very short time period, of converting to a VAT situation. They all have the technology and expertise to operate in that environment.

"If it got the point where the Government wanted to implement VAT throughout the country, Freeport would be the ideal testing ground, no doubt about it. It could be rolled out in Freeport in three months because of the structure of the Hawksbill Creek Agreement. Customs will be performing the same role; they'll just be coming in to check the books."

Expanding on this theme in his letter to Tribune Business, which details the challenges the Bahamas will face in implementing VAT, Mr Ferguson added: "In the Bahamas, it will mean a new administrative cost and the need to develop new skills, as businesses will now need to act as tax collectors for the Government. The VAT would be included in every receipt, and there would be a requirement for these funds to be turned over to the Government.

"There are some businesses, like Kelly's Freeport, that already have this accounting and technological capacity, but for many others the challenge will require new hires and upgrades of POS systems."

Calling on the Government not to "reinvent the wheel" when it came to an alternative tax structure for the Bahamas, Mr Ferguson said numerous studies had already been done on the issue.

While appreciating the need for caution and more study, he pointed to the 2002-2003 Hamilton Report commissioned by the Chamber of Commerce, together with the McLeod/Dixon study, entitled Tax policy and Revenue options for the Bahamas, completed around the same time.

Looking ahead to the challenges associated with VAT implementation, Mr Ferguson said in his letter: "The Bahamas business culture will have to be transformed." Barbados, he added, had the advantage of a head start when it came to implementing its VAT, given the Bahamian "propensity to avoid payment of all taxes" and lax enforcement culture.

"It's going to be a huge transition for many of our small and medium-sized businesses in particular," Mr Ferguson told Tribune Business. "There would be a ceiling in terms of which companies will be required to collect the VAT.

"But, for the most part, we have a business culture that is not big on record keeping and financial statements, and imposing this requirement on them will be a big adjustment on their behalf."

Companies were currently not required to provide audited financial statements when applying for their Business Licences, and Mr Ferguson added: "We have some very large companies in the Bahamas able to go in and declare what they see fit."

When it came to the implications of the EPA and other trade negotiations, such as those for World Trade Organisation (WTO) full membership, plus trade deals with Canada and the US, Mr Ferguson said the former was already impacting the Bahamas' import revenues.

This nation's EPA goods/market access offer "gave us enough time to adjust to the implementation schedule", but the Bahamas had already begun to fulfill its tariff reduction obligations on EU imports.

These were contained in the 2009 agreement, and in response the Bahamas had already reduced some import duty rates and lowered the amount of tariff headings.

It was in "year five" of the agreement, 2014, when further tariff reduction commitments could lead to disparities between the import duty rates levied on EU imports, and those charged on product sourced from countries not party to the EPA agreement, Mr Ferguson said.

"The option in year five would be to keep tariffs at higher levels on everyone else's goods than we would do for Europeans, or we can reduce everyone's tariffs to Europe's levels," he added.

Either way, the Government would be unable to raise tariff levels to gain more revenues.

"This is why this question of alternative taxation needs to be resolved or rolled out by 2014," Mr Ferguson told Tribune Business. "This is why it's becoming urgent. No one is talking about that. It's all about government wanting more revenues, but there are these commitments to liberalisation and removing these barriers to trade."

"If it got the point where the Government wanted to implement VAT throughout the country, Freeport would be the ideal testing ground, no doubt about it. It could be rolled out in Freeport in three months because of the structure of the Hawksbill Creek Agreement. Customs will be performing the same role; they'll just be coming in to check the books."...."This is why this question of alternative taxation needs to be resolved or rolled out by 2014," Mr Ferguson told Tribune Business. "This is why it's becoming urgent. No one is talking about that. It's all about government wanting more revenues, but there are these commitments to liberalisation and removing these barriers to trade."

..............rather thanCustoms and Immigration striking for OVERTIME they need to be heading to school to take up ACCOUNTING!.......Excellent article.