Sitting Next to Ned (or Nellie) 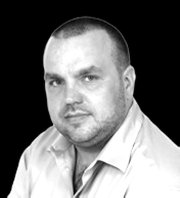 I'M constantly amazed at the few real benefits some businesses receive for the dollars they shell out on training, and the number of promises they receive in return for them instead. It's the support trainees receive from management as they try to implement their new ideas that should count, as opposed to the brickbats they more often receive from colleagues.

Sitting next to Nellie (or Ned if you prefer) is an alternative training method some employers use instead. This is perhaps because it is more painless. It involves telling newbie Peter or Samantha to sit next to an experienced colleague and pick up tips. This is all fine and dandy if they know what they are doing. But it can equally court disaster if they don't, or are demotivated.

How often haven't I tried to provide advice from the bottom of my heart, only to be rewarded with comments like "that's not what my lawyer / accountant / friend / partner told me"? A Pope once painted out the wiggly bits Michelangelo included on his cherubs on the Sistine Chapel Ceiling. If there ever was a better example of an uneducated opinion, then that was surely it.

I guess we're all little popes in some or other way. We carry baggage around with us by the container load. We also tend to retreat into comfort zones as soon as we feel threatened, and that includes taking advice from people whom we trust - but who may also be somewhat ignorant on the subject.

I chatted with a big-game hunter I met in a small town pub while I was on holiday a few years ago. Personally I dislike hunting although I do have a curious mind. He told me that startled game always run back the way they came, because it was safe when they were there previously. I'm certainly not suggesting that we evolved from the animals. However there definitely is a similarity here to human behavior. Heaven only knows how many failing businesses have brought the ceiling down when they tried to retrofit the past. Just another example, I guess, of following a misguided idea.

The Internet is full of articles written by people without experience, or by people with ulterior motives of selling scams. They're making money out of people who want to be told what they already think. Perhaps this is why Karl Marx called religion "the opium of the masses" although I for one do not agree.

I had a discussion with a client the other day regarding what her business was worth. I tried my best to be objective, although I soon realized that this was not what she had in mind. Unfortunately a close relative of hers expressed an idea that struck a sweeter chord. I hope he's right, although in my heart of hearts I fear the opposite is more likely true.

Simon Cooper is a founding partner of Res Socius, a business brokerage firm and businesses for sale directory service. Res Socius is authorized by the Bahamas Investment Authority to facilitate the sale and purchase of businesses and provide consultancy services. Contact 376-1256, visit www.ressocius.com or scan the QR code below.