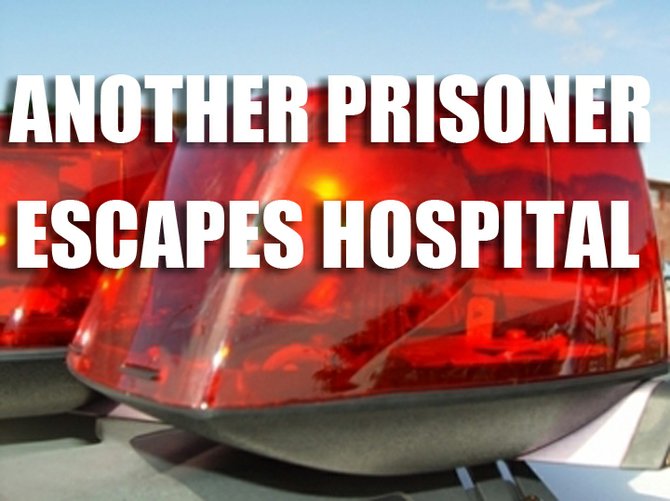 ANOTHER suspect, this time a 17-year-old boy, has escaped custody following a visit to the Princess Margaret Hospital, police confirmed yesterday.

The incident, police said, occurred at 3.30am. The Tribune has withheld his identity because he is a minor.

Hospital sources said the suspect was receiving medical treatment for head injuries on Male Surgical Ward 1. He then managed to steal a handcuff key from the sleeping officer who was guarding him, the source said.

The boy is accused of stabbing 22-year-old Javaughn Samuels several times in his chest with a long kitchen knife during an argument at Union Village, which resulted in the victim’s death on Monday night.

Samuels was taken to hospital by a private vehicle where he later died.

Police believe the stabbing was the result of an argument over a woman.

Before this incident, at least two other escapes occurred.

Police are asking anyone with information to contact the nearest police station.

This escape comes almost three weeks after police constable Herman Pinder was shot and critically injured by a prisoner who disarmed him after asking that his cuffs be released so that he could use the bathroom. Police report that after the prisoner’s handcuffs were unlocked, the officer was shot.

Reginald Chase, 25, was accused of the shooting. Hours later he was captured on Bimini Avenue. Police said he has since been charged with attempted murder.

At the time Police Commissioner Ellison Greenslade said the force would change its policy regarding the transport of suspects to and from the hospital.

Mr Greenslade said that the new procedure would ensure that no officer would have to transport suspects alone. Despite a short staffed Force, the commissioner said back-up would be made available as officers also would be stationed at the hospital.

Is THE TRIBUNE serious about this story? The 17-year old's name is all over the news! IF they were really serious about finding him they would publish a photo! Also last night's TV news said he was not handcuffed; why was he not cuffed to the bed? Sorry, but seems like 'someone' isn't doing their job--again.

he's probably the son of the throne remover

FUNNY FIRST THE THRONE AND NOW THIS ,,THIS ONES ON YOU NOTTAGE AND BELL ,,,TOMMY T GONE NOW

What do you expect from a newspaper that represents old money and past European enslavers, with influence sufficiently capable of cleverly hoodwinking prevailing international forces and secret order members into giving them a posthumous awards. I expect better than the large doses of shoddy news reporting dispensed daily within their newspaper's copy, coupled with imprecise news delivery that rank well below international standards held in Canada, America, New Zealand and Great Britain. The past is finish, Bubbles, and so in Michael Jackson. It’s about, what have you done for me lately?

NOW I SEE WHY NOTTAGES AND BELL NEED GUNS AND THE PM NEEDED MORE BODY GUARDS ,THEY REALIZED CRIME IS OUT OF CONTROL AND THE POLICE ARE EITHER INEPT OR CORRUPT ,,,SO THER 100 DAY PLAN IS DON,T PISS THE CRIMMINALS OFF TOO MUCH AND ARM THEMSELVES ,,,WHAT ABOUT THE THRONE THEIF ,NO CHARGES YET ???