Texaco retailers to discover what new owner's 'all about'

LOCAL Texaco retailers are expected to meet with their new distributor today after RUBIS/Vitogaz completed its "nine-figure buyout" of Chevron's fuels marketing and aviation business in this nation, one independent dealer telling Tribune Business that the latter "was the worst dealer I had to deal with". 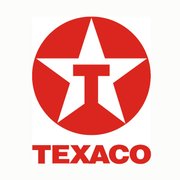 Bernard Dorsett, owner of Porky's Gas Station, told Tribune Business that he was anxious to know what RUBIS was all about.

He said: "I have not an inkling what they are about, but I would like to know. I am an independent dealer; I would like to know what my options are. I went online and saw some of their set-ups in the Caribbean. It's a pretty big company. You can't be worse than Chevron. I thought Chevron was the worst dealer I had to deal with."

"I'm anxious to see what's going to happen, but you can't be worse than Chevron. I have lights in my station that I had been asking them to change for three years. It's like I only work for BEC. My electricity bill now is over $100,000 a year. I told them we need to put in some energy efficient bulbs. Nothing ever happened."

Mr Dorsett said dealers who operate their stations on lease from the oil company are in a much worse predicament. He explained: "A lot of dealers only lease their stations. Texaco has a lot of leases.

"Years ago, when I told these guys they needed to buy their stations, they thought I was playing around. These fellows dictate some serious stuff to them. How can I be an owner but I have no say? I have a major problem with that. You have everything tied up in this business, but you have no say. I think that's wrong. The pressure they put on operators is crazy. I will be glad the day when I don't have to see an oil company. I'm an independent dealer. My contract is different from a lot of the other guys. I only have contracts to buy fuel from them."

Raymond Claridge, owner of Claridge Service Centre on Mackey and Madeira Street, told Tribune Business that the Government should put in place provisions to protect Bahamian petroleum retailers from the oil companies.

Last October, Texaco abruptly locked his pumps and shut down his operation a day after his license was due for renewal. The Court of Appeal recently ruled that the nature of the contract entitled Texaco to the eviction, with Mr Claridge having to now vacate the premises by this summer.

Mr Claridge claimed he had never been given an actual reason for the eviction. Regarding the RUBIS takeover, he said: "The Government should not have allowed that to happen unless they made provisions to protect the local dealers.

"All it is, is history repeating itself. Some justice needs to be done for the service station operators. It's a little too late for me, but I'm going to be fighting tooth and nail for the rest of the dealers to see that the Government puts sufficient pressure on these oil companies.

"We cannot allow oil companies to come in here and treat Bahamians like trash, and cause Bahamians to go into bankruptcy. There is no reason why dealers can't be owners of their stations. TheG overnment needs to tell these oil companies really that we need them, we are willing to work with them, let them make a profit but leave something for the Bahamian people."

Chevron announced yesterday it had concluded the sale of its fuels marketing and aviation businesses in the Bahamas, Cayman Islands and Turks & Caicos to Vitogaz, a wholly-owned subsidiary of RUBIS.

These assets are in addition to the previously announced sale in the Caribbean and parts of Central America to RUBIS in July 2011 that consisted of 174 service stations operating under the Texaco brand, an equity interest in an associated refinery operation, proprietary and joint-venture terminals and aviation facilities, and Chevron's commercial and industrial fuels business.