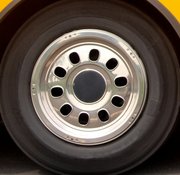 BAHAMIAN car buyers are being "excluded" from the high-efficiency diesel auto market due to the "low quality fuel" being imported into this market, one dealer yesterday telling Tribune Business the sulphur content was 70 times' more than US and European regulations permitted.

Explaining that, as the Toyota dealer, Executive Motors sent diesel fuel samples from the Bahamas to a German-based laboratory for testing "every couple of years", Mr Albury explained: "The diesel fuel that is imported into this country has a very high sulphur content.

"The diesel engines in North America, Europe and the newer Japanese vehicles wouldn't run on this fuel because it eats up the engine."

Mr Albury told Tribune Business this had caused problems for some Bahamians who had imported used Japanese vehicles featuring newer diesel engines. These autos required the higher quality diesel, but after running for six months on the variety sold in the Bahamas, their engines had to be "ripped out and replaced because they'd been eaten up by sulphur".

As a result of these problems, Mr Albury said Bahamian car dealers frequently had to pay more for their vehicle imports because their engines had to be modified for this nation's sulphur-heavy diesel fuel.

"We're excluded from getting high efficiency diesel engines because they would not run on the fuel we have," the Executive Motors president told Tribune Business. "The last testing we had from here, it contained 3,500 sulphur particles per million (PPM). US and Europe require diesel fuel to have no more than 50 PPM.

"With diesel engines, the newer generation vehicles can be very efficient, almost as efficient as the hybrid vehicles, but we cannot get them. We cannot get those engines because of the fuel quality here. Something has to be done.

"The cleaner fuel might cost a few more pennies, but the advantage will be that you have more efficient vehicles in the marketplace to choose from, and they will be less polluting."

Mr Albury said the Bahamas Motor Dealers Association (BMDA) had met with Shell representatives over the issue several years ago, who said they were studying the infrastructure costs of importing cleaner diesel fuel.

When it came to 'cleaner diesel' reform, Mr Albury said: "I think it's going to happen, but it's a matter of time. In the meantime, the consumers suffer because they cannot get these vehicles that require cleaner diesel fuel."

He pointed out that the Bahamas Telecommunications Company (BTC) and the Bahamas Electricity Corporation (BEC) were especially disadvantaged, because they had to modify the engines across their extensive diesel fleet to cope with the lower quality fuel sold in the Bahamas, incurring substantial costs.