Fnm Crime Laws 'Will Do More Harm Than Good' 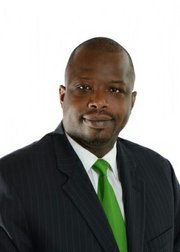 THE series of amendments made to criminal laws under the previous Ingraham administration will yield more harm than good, attorney Wayne Munroe suggested yesterday.

Last year, the FNM government passed a package of 11 bills meant to stem crime through an overhaul of the penal code, including increased sentences for serious crimes, procedures for appeals and placing tighter restrictions on when judges can grant bail.

As the new PLP government has found itself in the middle of an escalating battle between law enforcement and criminals, Mr Munroe said the FNMs push toward implementing the 10-bill package came as a "smokescreen to fool" the Bahamian people.

He said: "I have said this before and I will say it again, politicians should not be in the business of criminal law revision. That job should be left to judicial officers.

"A lot of times, politicians advocate to pass these changes to gain the popular vote. They pass these laws knowing they will not stand."

Last week, National Security Minister Dr Bernard Nottage was heavily scrutinised for his comments on the revision of the new laws.

"Everything is under review. A lot of the persons who have been convicted under some of those bills have made approaches to us about the severity of some of those sentences. So that is an area that we will have to review," Dr Nottage said.

The National Security Minister was not off course, said Mr Munroe.

"In fact, the PLP needs to say what the previous government did not say to the people. The simple fact is that the government needs to amend the impermissible laws.

"For example, if there is a young man who might have been riding in a car with friends who own illegal contraband, they get pulled over by police and are found with the weapon. That young man who is innocent would end up on remand for weeks.

"What do you think would happen when he is released? Odds are he's lost his job."

In 2010, data from an annual report of the Her Majesty's Prison said that 80 per cent of the facility's 2,374 inmates were first time offenders.

That percentage is expected to rise in the future aided by the new and harsher penalties, he said.

Mr Munroe said scenarios like this one will not only create an influx of crimes committed by desperate young men, but would also continue to stem the prison's over population.

The country, Mr Munroe said, would then be faced with similar situations to that of US state prisons which have to often release convicts before their sentence ends because of overcrowding.

He added that some prisoners, according to his information, are also forced to share a six-foot by nine-foot cell with four or six men who all share a "slop bucket".

"No wonder why when these men, some of whom are not seasoned criminals, get out of prison and want to kill everyone. Their perception and regard for society is not the best."

Neither Prison Superintendent Ellison Rahming, nor the prison's press liaison Monique Greenslade could be reached for comment.

In September, Mr Rahming said that offenders were not given final evaluations before they were released from prison.

However, numerous rehabilitative programmes for inmates have had media attention, including an initiative that allowed prisoners to meet with the families of victims and a distance learning programme to help inmates cope with society once they are released from the facility.

The fact is yes, too many young, maybe mischevious, but otherwise innocent young men are getting caught up in the legal system and their experience with the law is not a good one so it leaves them with a resentment and a desire to engage in anti-social behavior. There are also some policemen who, for their own selfish reasons, will not allow any young man detained to leave the police station without having charges put on him. Their attitude is somewhat, "let them go to court and prove their innocence", or 'teach them a lesson'. or even teach them to respect the law. Some of these youngsters have no one to fend for them and end up innocent but in prison. In these instances stiffer penalties will do more harm than good as innocent young men will bear the brunt of the law. However we must not overlook the fact that we have a serious crime crisis in this country. We have persons engaging in violent and anti-social behaviour over and repeatedly and some who have been charged with more than one count of murder. The police seem helpless in getting these persons off the streets, even for a short while. These are the ones crime law reform must target and the authorities should not just toss an empty net into society that will snag the young and innocent and those who cannot defend their innocence.. Yes there should be laws that restrict a repeat offender from getting bail and there should be laws that impose stiffer penalties for those that are charged with more than one offence or are repeat offenders. The law must appear to be swift and stiff. Florida and other US states have a 3- strike law where offerders found guilty of three violent or serious crimes get life in jail. Persons using weapons to comit crimes get stiffer penalties than those only caught with weapons and criminals who injure someone with a weapon while comitting an crime can get life in prison. These laws have been effective for the most part. We need to address the fact that we have a gang culture, a drug culture and a gun culture in this country. Many young men are being recruited and snared into these anti-social behaviours even before they know the consequences of their actions. So we need to be more informatative and efforts must be made to prevent these young men from these cultures before the police need to get involved. Look at the age of most of the young men going before the courts,with even offences as serious as murder. Are they a failure to society or is society failing them? In any event we are losing too many of our young citizens to crime and violence.