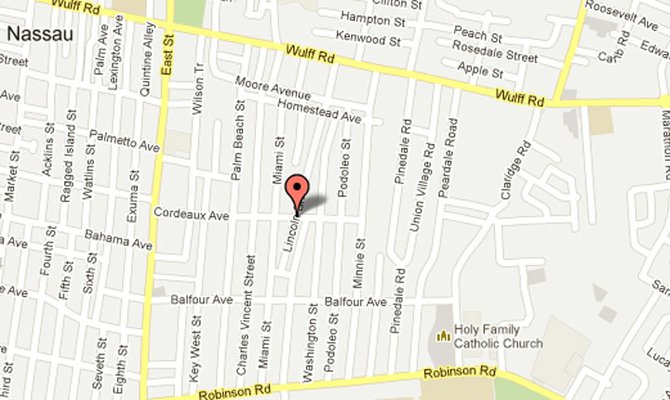 The 25-year-old son of Dion 'Emperor' Knowles was shot in the head and killed late Sunday night bringing the country’s murder count to 101.

Dario Knowles of Step Street, Fox Hill was shot around 10:43pm in the area of Lincoln Boulevard north of Cordeaux Avenue.

Police say they received a call that shots were being fired and someone may have been shot.

When they arrived on the scene, they saw the lifeless body of the man with a gunshot wound to the head.

At present police are uncertain of the circumstances surrounding this homicide and are appealing to members of the public who might have information regarding this or any other incident to contact them at 911 or 919, the Central Detective Unit at 502-9991 or Crime Stoppers anonymously at 328-TIPS.

Meanwhile, police are searching for the man responsible for the shooting death of 17-year-old Javell Gardiner.

Gardiner was shot in the chest, last Thursday, while attempting to recover a pair of sunglasses that were stolen from his younger brother.

Officer in charge of the Central Detective Unit, Paul Rolle, said police had a number of persons in custody. Two were charged yesterday in connection with the robbery.

“We charged two with the robbery of the brother, but the shooter is still on the run. We know who he is and we are looking for him. We hope to wrap this matter up soon.”

The country’s murder count stands at 101 for the year.

In the situation with the seventeen year old why is the police stating they know who the shooter is and he is on the run, hasn't posted his picture in the newspaper as wanted. That would eliminate whomever is aiding him in avoiding the police from claiming they didn't know he was wanted.