Are You An Ambassador? 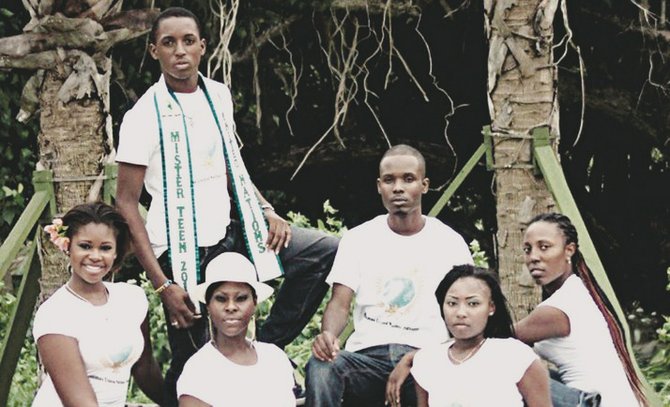 WITH the aim of bringing together ambassadors and representatives from around the world, the international United Nations Pageant is looking forward to this year’s new batch of delegates.

Under the banner “Bahamas Tourism United Nations (BUNP)”, the Bahamas’ involvement in the pageant is getting bigger and better as talented young Bahamians continue to take part, said pageant director Dominicka Smith.

“The Bahamas is involved because we are under the United Nations itself, so we just established it over here. Our former director reached out to the president of the pageant, Mr Leon Williams, and she started it, and I just decided to take over from there. We want to let the contestants know that they are the kings and queens of the Bahamas,” said Ms Smith.

The principal objective of the United Nations Pageant is to identify and showcase the world’s best tourism cause ambassadors; those who have the skills, talents and personalities best suited to promote their respective countries in furtherance of tourism, international goodwill and cultural harmony, according to the pageant’s website.

While this is Ms Smith’s first time as pageant director, she is also affiliated with the Bahamas Galaxy pageant, as well as Little Miss Bahamas.

Speaking about Mr Marcos Ambrister, a young Bahamian who represented the country in the pageant last July, Ms Smith said he successfully won the title of “Mr Teen United Nations World 2012-2013” against other UN countries at the international pageant held at the Miccosokee Resort in Miami, Florida.

She said he was the only Bahamian who was sent to represent the Bahamas in July. This upcoming Saturday, another lucky contestant will be chosen to take part on this journey. So far, Ms Smith, along with the BUNP pageant committee, has held a number of executive castings for the eighteen contestants taking part. She said these castings take the form of a panel style judging interview.

“Some of their questions are based on their individual platforms, awareness of current events locally and internationally, and personality. Our category divisions are ages 13-33. We have extended our invitation to the Ms and Mrs as well, to give our Bahamian women an opportunity to share their skills and talents to the world. We want to prove that you still have a chance to gain international exposure after the age of 21,” said Ms Smith.

Ms Smith said the pageant this Saturday will not resemble normal pageant settings, it will be more of a crowning coronation ceremony, inviting immediate families and friends. She said there will be a representative from a government ministry in the country present, as well as the judging panel.

“We had 18 contestants, but we have narrowed it down to the final five. The winners will be chosen to represent the Bahamas on December 1-8, in Jamaica at the World Tourism International Pageant,” said Ms Smith

Ms Smith said they all have been undergoing training for the past nine weeks.

“Our goal is to identify the best and showcase the best ambassador through their skills and talents. We want to strengthen a brotherhood/sisterhood so that they can see beyond their immediate surroundings and situations and extend their services across the globe,” said Ms Smith.

They http://www.thesmartgirlstravelguide.c...">look gorgeous, aren't they ?! The Bahamas Government had a good idea to use young and beautiful ambassadors to promote the tourism. The changes should be seen in one year. Maybe I will visit the region!

ya they look gorgeous