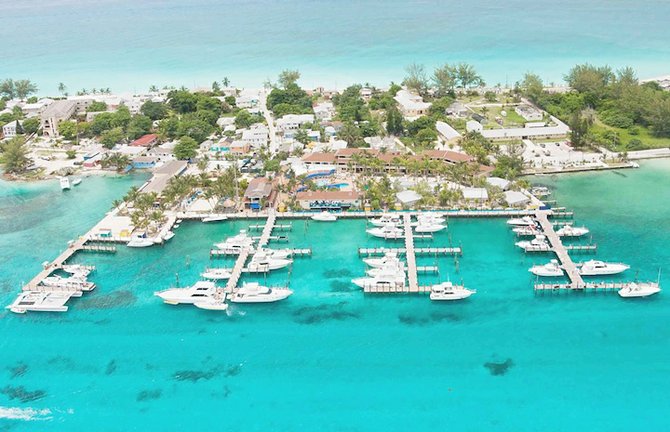 BIMINI — Management at the historic Bimini Big Game Club Resort and Marina is reporting a healthy 2013 with a 12 per cent “high season” increase over 2012 based on room occupancy and food and beverage earnings.

Mr Weber said typically, growth is minimal during high season months, and the 12 per cent is a significant number.

For the first quarter “offseason” months, Mr Weber said, the Big Game Club Resort and Marina achieved a 30 per cent increase, which he credited to fishing tournaments and a major uptick in family oriented business.

Family business is up by 60-plus per cent over last year.

This summer the 51-room resort and 75-slip marina, owned by the Southern California-based Hankey Group of Companies, remains nearly sold out on weekends and holidays and will have a full sellout on Labour Day Weekend.

Closed for two years, the Big Game Club, which was founded as a dinner club in 1936, was re-opened in 2010 following completion of a $3.5 million renovation that included all guest rooms, the new Bimini Big Game Bar and Grill, Hemingway Rum Bar and Social Lounge, Gulfstream Conference Centre and the Outfitter Shop.

Mr Weber and his wife, Diana, the resort’s marketing director, continue to plan more events to attract guests heading into the fourth quarter of 2013 and into 2014.

“We’re already planning to repeat our highly popular Wahoo Smackdown Tournament in November and February and are well into discussions to host a billfish tournament in April with the NFL Hall of Fame organisation,” said Mr Weber.